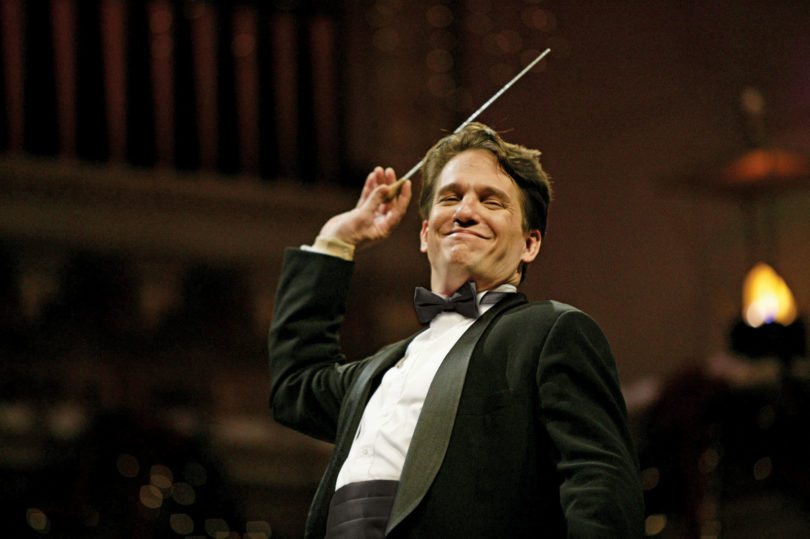 Conductor Keith Lockhart will lead the Pops in a special tribute to the late Marvin Hamlisch, the Oscar and Tony-winning composer. The program will showcase some of Hamlisch’s most beloved themes from musical theater and film, including “Through the Eyes of Love” from “Ice Castles” and the overture to “A Chorus Line.”

The program will also feature such musical masterpieces as Stephen Sondheim’s “Send in the Clowns” from “A Little Night Music,” the title song from “Hello Dolly,” the overture to “Gypsy,” and the theme song to Martin Scorsese’s “New York, New York.”

Vocalist and award-winning songwriter Ann Hampton Callaway will join Maestro Lockhart and the orchestra in the second half of the program for a salute to the songs of Barbra Streisand. Callaway will perform “The Way We Were,” “Don’t Rain on My Parade,” and a medley of “People” and “Being Alive” featuring jazz pianist Ted Rosenthal.

Affectionately known as “America’s Orchestra,” the Boston Pops is the most recorded orchestra in the country. Lockhart is now in his 17th season as conductor and has led more than 1,300 Pops concerts. The orchestra has been performing for 125 years, and remains. Lockhart calls it “one of our country’s greatest cultural treasures, as vibrant today as it was when it was founded.”