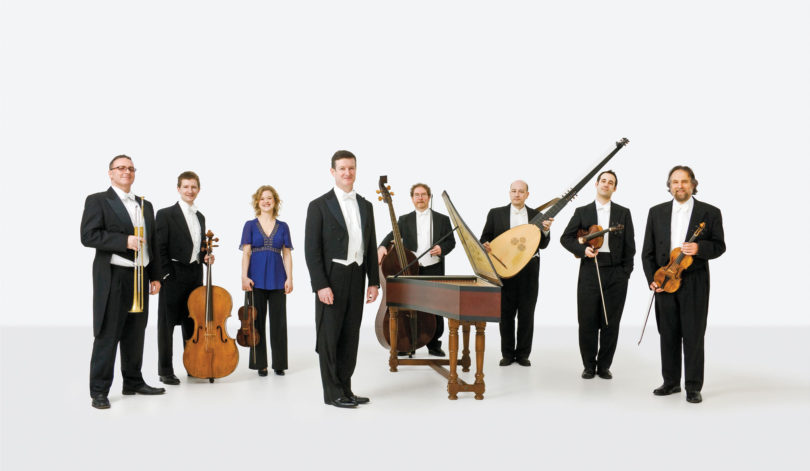 The English Concert chamber orchestra will give a concert at UGA Feb. 19 at 8 p.m. Photo by Richard Haughton.

Created in 1973 by Trevor Pinnock, The English Concert specializes in performances of Baroque and classical music. Artistic director Harry Bicket will conduct the orchestra in a program featuring Handel’s Water Music, along with concertos by Bach and Georg Philipp Telemann.

Bicket, appointed artistic director in 2007, has an international reputation as an outstanding opera and concert conductor and virtuoso harpsichord player.

Under Bicket’s direction, the orchestra has toured to critical acclaim throughout the U.S., Europe, Asia and the Middle East. The Times of London praised a recent concert for its “razor-edge ensemble sense and faultless intonation.”

The English Concert’s discography includes more than 100 recordings for the Deutsche Grammophon and Harmonia Mundi labels. Recordings with Bicket have been widely praised, including the recent release of Lucy Crowe’s debut solo recital,
Il caro Sassone.

Theresa Chafin, a doctoral student in musicology, will give a pre-concert lecture at 7:15 p.m. The lecture is free and open to the public.

In conjunction with the performance, the Georgia Museum of Art–located next to the Performing Arts Center—will hold “Make It an Evening” from 6-8 p.m. Lynn Boland, the Pierre Daura Curator of European Art at the museum, will lead a gallery tour of the Water Music exhibition for concert attendees. Jittery Joe’s coffee and desserts by Cecilia’s Cakes will be available for $5 per person. The “Make It an Evening” series continues March 7 and March 26.

The English Concert is scheduled to be recorded for American Public Media’s Performance Today, heard by more than 1.3 million listeners.