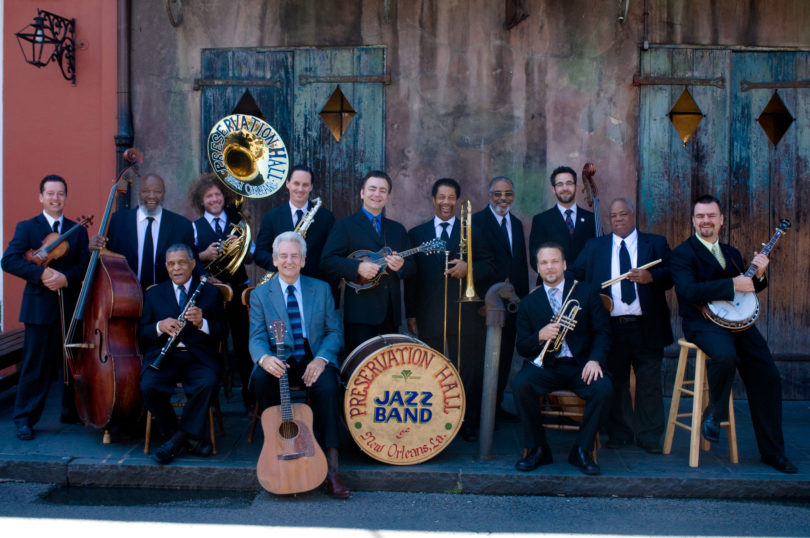 The Preservation Hall Jazz Band, a top New Orleans jazz band, will join forces with a top bluegrass band, the Del McCoury Band, to perform a show together Oct. 22 at 8 p.m. on the Hodgson Hall stage. Tickets are $20-$49 with discounts for UGA students.

Fresh off a recording collaboration, as well as a joint performance at Pete Seeger’s 90th birthday celebration in Madison Square Garden, these bands have taken their show on the road, showcasing a blend of traditional harmonies as the high and lonesome sound of the Appalachians meets the hot and lively jazz of New Orleans.

The Preservation Hall Jazz Band derives its name from the venerable music venue founded in 1961 in the heart of New Orleans’ French Quarter. The band has traveled worldwide to nurture and perpetuate the art form of New Orleans jazz.  The band showcases the joyful, timeless spirit of this uniquely American music.

Del McCoury joined Bill Monroe’s Blue Grass Boys in 1963, and within a few years had formed his own band, the Dixie Pals, later renamed the Del McCoury Band. What followed was a long list of accolades, including three consecutive male vocalist of the year awards from the International Bluegrass Music Association. In 1994, the band began a streak of top entertainer of the year honors that would net them nine trophies in an 11-year stretch.

Through 50 years of music making, the Del McCoury Band has shown unprecedented stability, with only one change in membership in 15 years. McCoury earned membership in the cast of the Grand Ole Opry in 2003, and the band won its first best bluegrass album Grammy Award two years later.

Tickets for the concert can be purchased from the  Performing Arts Center box office,  www.uga.edu/pac or 706-542-4400.