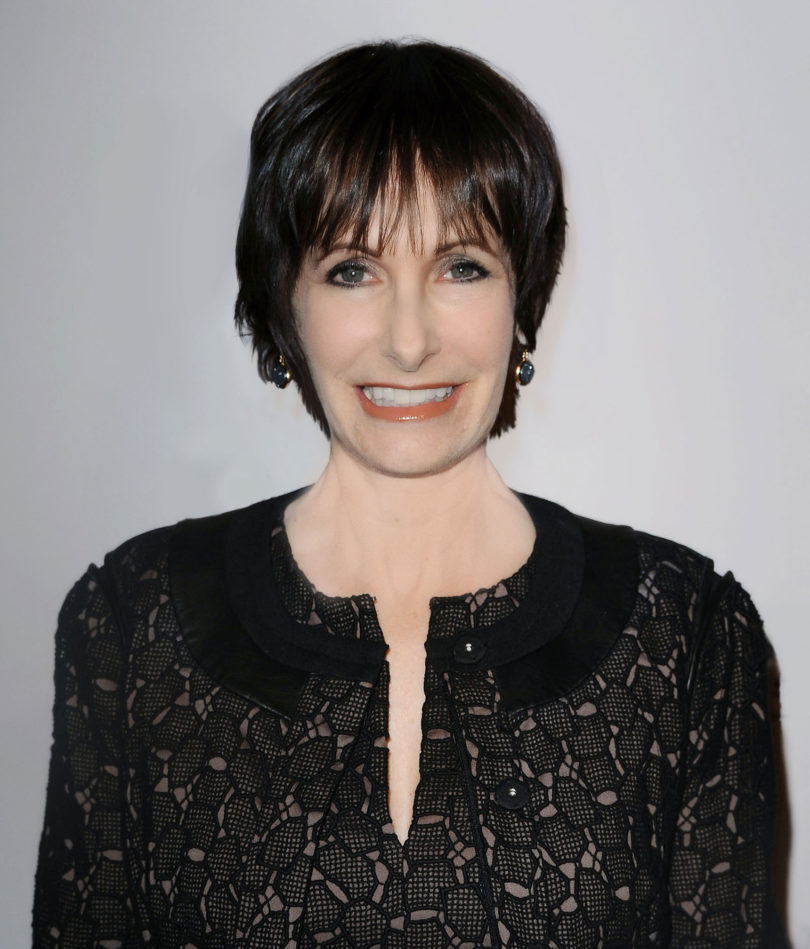 Athens, Ga. – Gale Anne Hurd, the executive producer of the critically acclaimed AMC show “The Walking Dead,” will receive the DiGamma Kappa Award for Distinguished Service to Broadcasting during the organization’s annual awards dinner on March 19 at the University of Georgia.

The award will honor her career of leadership as an innovator in transmedia storytelling.

Hurd will deliver the keynote address at the awards dinner, which begins with a reception at 6 p.m. at the University of Georgia Center for Continuing Education.

Earlier in the day, the department of telecommunications will host “A Conversation with Gale Anne Hurd.” Hurd will be interviewed by Nate Kohn, professor in the telecommunications department at the Grady College of Journalism and Mass Communication and associate director of the George Foster Peabody Awards, at 12:30 p.m. in Room 271 at the Richard B. Russell Building Special Collections Libraries. The session is open to the public. Audience members will have the opportunity to ask questions.

“Gale Anne Hurd is clear example of someone who carved out their own pathway to success, and everyone else in the broadcast and film industry is scrambling to follow the trail she blazed,” Kohn said. “The award from DiGamma Kappa rightfully honors not only her many accomplishments, but also for how she has singlehandedly revolutionized many elements of how the audience can remain engaged with their movies and shows they love.”

Hurd’s career took off after she produced and co-wrote “The Terminator” in 1984. She followed that success up with “Aliens,” which earned two Academy Awards, before going on to produce a slew of box-office hits and award-winning films, including “The Abyss,” “Terminator 2: Judgment Day,” “The Ghost and the Darkness,” “Armageddon” and “Æon Flux.”

The Walking Dead is the nation’s most-watched scripted television drama, currently ranked No. 1 among adults 18-to-49 for broadcast and cable series. The show has averaged more than 12 million viewers and has been honored by the American Film Institute in both 2010 and 2012 as a “Top 10” television program.

Hurd has been an industry trendsetter in her development of a multiplatform, trans-media approach to producing “The Walking Dead.” Webisodes, games, contests, toys, blogs and newsletters have been built around the series, offering fans multiple points of entry into the show. She also serves as a consulting producer for “Talking Dead,” a talk show that focuses on “The Walking Dead” universe and lets fans to submit questions to cast members, show writers and other members of the production crew.

Hurd’s company, Valhalla Entertainment, has a deal with Universal Cable Productions to develop new television and digital series. Her indie film, “Very Good Girls,” premiered at this year’s Sundance Film Festival. She also serves as an officer of the Producers Guild and a Governor on the Board of the Academy of Motion Picture Arts and Sciences.

By continually selecting daring material, championing technological innovations and remaining hands-on in her approach, Hurd has carved out a leading position in the previously male-dominated world of blockbuster film, becoming a recognized creator of iconic cultural touchstones. In 1998, she was awarded the Women in Film Crystal Award, and she earned a star on the Hollywood Walk of Fame in 2012.

DiGamma Kappa is the official broadcasting society at UGA. This student group meets biweekly to provide networking opportunities, activities, and social functions within the broadcast and mass media industry. The organization also provides an atmosphere for students to learn about jobs and internships from professionals in the industry.

UGA Grady College
Established in 1915, the Grady College of Journalism and Mass Communication offers undergraduate majors in advertising, public relations, journalism, digital and broadcast journalism, and mass media arts. The college offers two graduate degrees and is home to the Knight Chair in Health and Medical Journalism and the Peabody Awards, internationally recognized as one of the most prestigious prizes for excellence in electronic media. For more information, see www.grady.uga.edu or follow the Grady College on Facebook and @UGAGrady on Twitter.