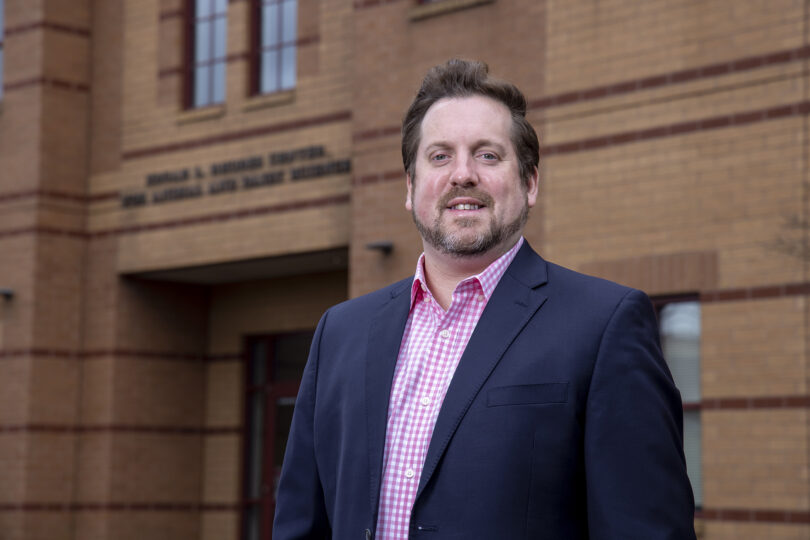 For reasons that aren’t completely understood, rates of male infertility the United States and many Western nations have been on a steady upward trajectory for the past several decades.

“This is a growing problem that keeps getting worse with time,” said Charles Easley, an assistant professor in the University of Georgia College of Public Health. “About 10% of reproductive age men in America have some type of infertility issue, and 45% of those patients have no treatment options at all.” 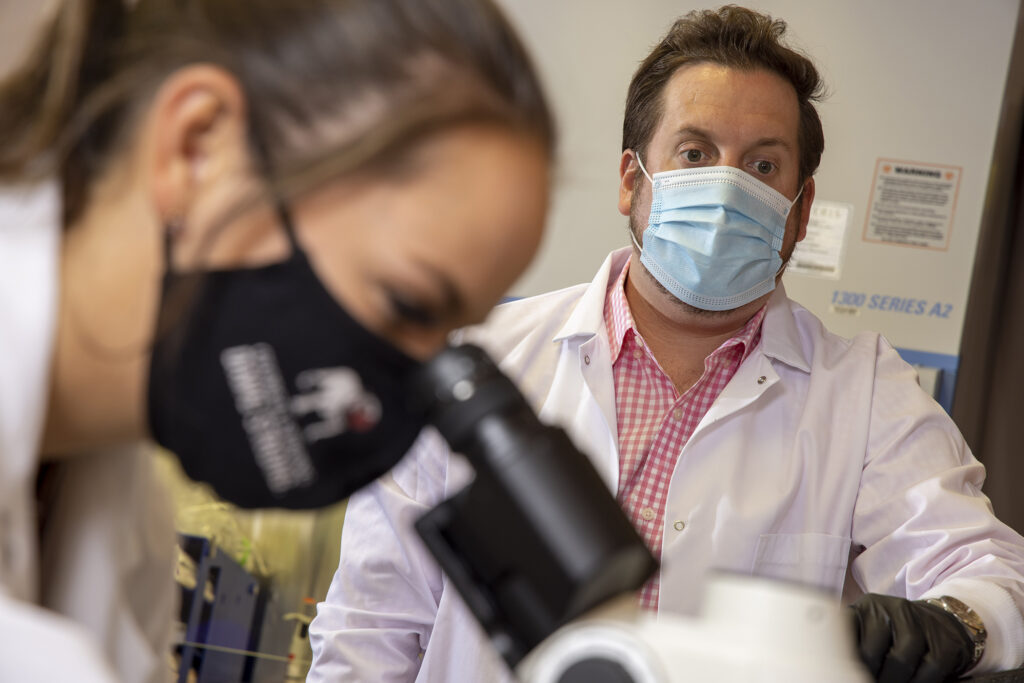 With a team of scientists that includes undergraduate and graduate students, postdoctoral researchers, a research coordinator and a lab manager, Easley is conducting research that offers hope for couples struggling with infertility. His work also has the potential to help keep reproductive toxicants out of the products that millions of people use daily.

Declining levels of male fertility date back to at least the 1970s and have been attributed to a variety of factors, including lifestyle and certain medical therapies. Exposure to environmental toxicants such as chemicals that disrupt the endocrine system is thought to play an important role, as well, but Easley points out that avoiding some of these everyday chemicals is “borderline impossible.”

If you’re sitting on a foam covered chair, for example, chemicals that impart flame retardance are leaching through the fabric and into your body. Compounds used in plastic food packaging, children’s toys and some cosmetics have been shown to disrupt the endocrine system, as well. Byproducts from industrial processes make their way into the air we breathe, the water we drink, and the food we eat.

A major roadblock to the effective assessment of reproductive toxicity has been that results from studies on mice and other animals don’t necessarily translate to humans. In a breakthrough that has the potential to dramatically improve the testing of chemicals, Easley and his colleagues have developed a method to direct stem cells to become sperm precursors that can be used to screen chemicals for toxicity. Funded by a grant from the Bill and Melinda Gates Foundation, Easley is adapting the same stem-cell based model to rapidly screen candidates for male contraceptives for effectiveness.

“It’s a unique model that can rapidly and robustly assess impacts on fertility so we can make better decisions going forward,” Easley said.

The ability to direct stem cells to become precursors to sperm cells holds promise for men suffering from infertility, as well. Easley and his colleagues made international news in 2012 when they developed a method to take skin cells and transform them into sperm precursors. Funded by a grant from the National Institutes of Health, he and colleagues at the University of Pittsburgh and Oregon National Primate Research Center are studying whether these sperm precursors can be used to create healthy embryos. 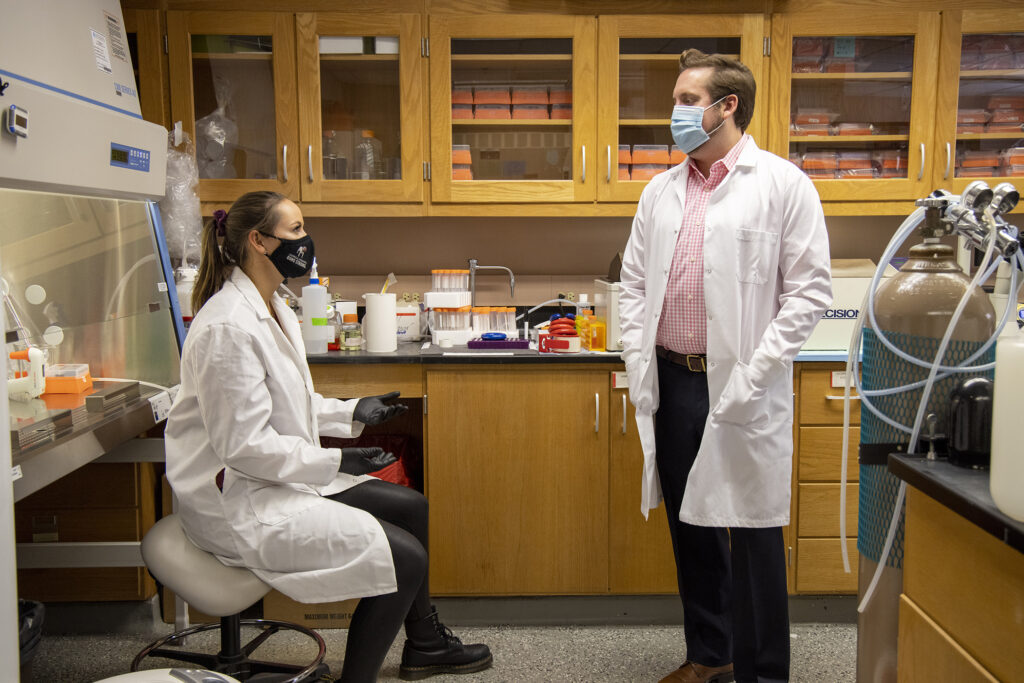 If proven safe and effective, first in animal trials and then in human clinical trials, the technique could potentially give infertile men a chance at fatherhood. With the support of the Georgia Research Alliance, Easley has founded a company, known as Fertiligen, to help make his discoveries more widely available.

“The idea is that for someone who is rendered sterile by chemotherapy as a child and now, as an adult, has no options, we can use their skin cells to restore their natural fertility,” said Easley, a member of the university’s Regenerative Bioscience Center.

The importance of mentorship

Easley became interested in addressing the infertility crisis after meeting the researcher who would later become his postdoctoral mentor, professor Gerald Schatten at the University of Pittsburgh. He credits mentors such as Schatten and several other collaborators with guiding and inspiring him, and he aims to do the same for his students at UGA.

One of his doctoral students, Katherine Watkins Greeson, was the lead author on an influential study that combined epidemiological data with results from Easley’s stem cell model to show how environmental toxicants can affect reproductive health—even in the offspring of those who are exposed. He helped another student secure an internship at the Scientific Center of Excellence for Reproductive and Regenerative Medicine in Croatia. Others have participated in the Experiential Professional Development Program offered by the Graduate School. Undergraduates also get research experiences in his lab and read, interpret and analyze scientific papers in his courses.

“I’ve been so fortunate to have great mentors,” Easley said. “My philosophy is to let the students dictate where they want their career paths to go and do everything I can to help them get there.”