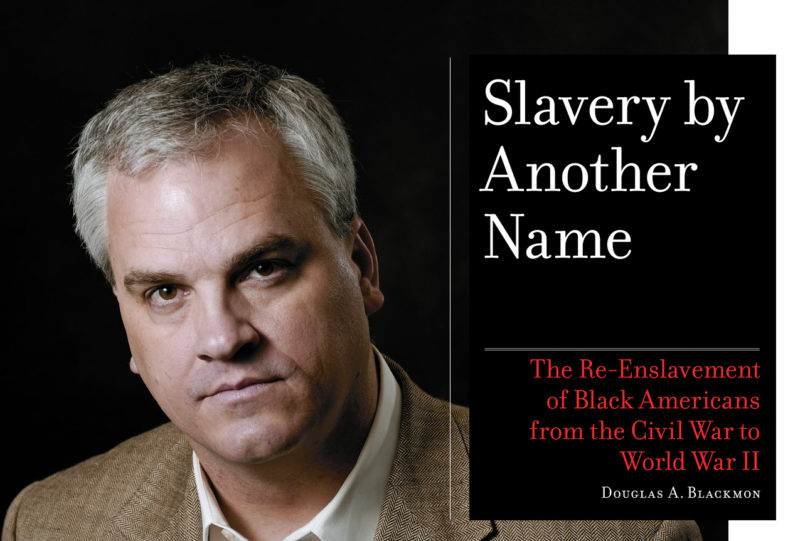 Douglas A. Blackmon, the Pulitzer Prize-winning author of Slavery by Another Name: The Re-Enslavement of Black Americans from the Civil War to World War II, will visit UGA for a talk on April 2 at 4 p.m. in the Larry Walker Room of Dean Rusk Hall.

His visit is co-sponsored by the UGA Jane and Harry Willson Center for Humanities and Arts and the Grady College of Journalism and Mass Communication, with additional support from the Franklin College of Arts and Sciences’ history department and the School of Law.

Blackmon spent more than two decades as a daily newspaper reporter and bureau chief, first with the Atlanta Journal-Constitution, then, from 1995-2012, with The Wall Street Journal. He won his first Pulitzer Prize for The Wall Street Journal staff’s breaking news coverage of the Sept. 11, 2001, terror attacks.

Slavery by Another Name, published in 2008, won the Pulitzer Prize in the general nonfiction book category. The book was adapted into a 90-minute documentary film that premiered at the 2012 Sundance Film Festival before being broadcast on PBS. Blackmon appeared in the film and served as co-executive producer.