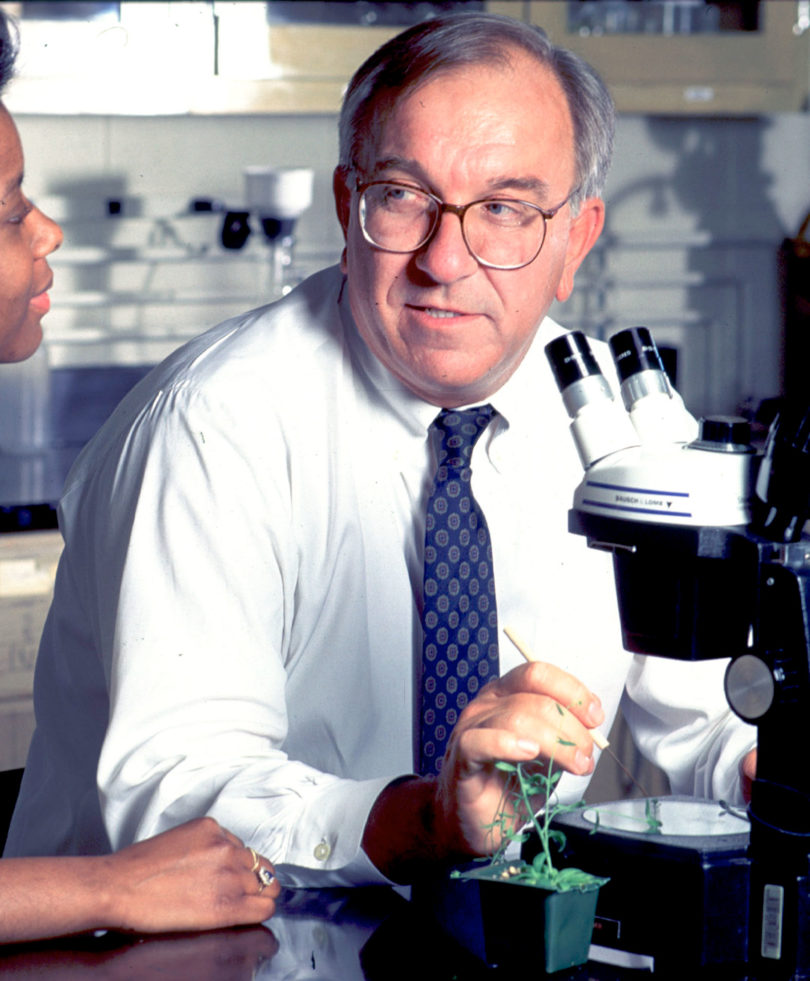 An amphitheater on South Campus has been named for the late Alan Jaworski, a popular university professor who was head of the botany department.

The University System Board of Regents approved the name “Alan Jaworski Plant Science Amphitheater” for the facility, located between the Miller Plant Sciences Building and the university creamery, adjacent to Green Street.

Jaworksi had been a UGA faculty member for 28 years and botany department head for five years when he died in 2000 at the age of 57. A favorite of students for his friendliness and willingness to help, he taught thousands of students in introductory biology courses and had a reputation for learning the name of every student in his classes.

Faculty members in the botany department (now called plant biology department) credited him with strengthening the department in many areas, including ecology, evolutionary biology and molecular biology. While serving as associate chair of the biological sciences division, he developed two new introductory courses for biology majors and persuaded senior faculty members to teach them.

Built into the side of an incline, the amphitheater covers .28 acre and has three tiers of semi-circular stone seats that will accommodate about 130 people. Landscaped with trees, shrubs, boulders and a stone wall, the amphitheater is a popular site for reading and studying and is used as an outdoor classroom and for meetings and seminars.

“Alan liked to make friends and build bridges,” says Barry Palevitz, a faculty member in the plant biology department and long-time colleague of Jaworski. “He set high standards for his students but tempered them with selfless devotion to their education and well being. We think this amphitheater is the kind of project he would have liked.”

The amphitheater is the third memorial for Jaworski. Following his death, family and colleagues established the Alan Jaworski Student Travel Award Fund. The fund helps undergraduate and graduate students with travel expenses for field research, scientific conferences and other educational purposes. The Honors Program also presents annual awards in Jaworski’s name to an outstanding male student in the physical sciences and the biological sciences.