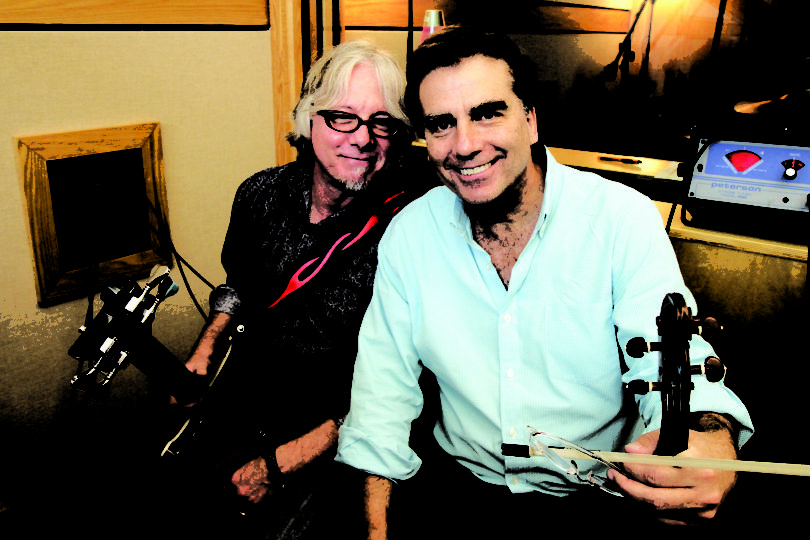 The UGA Performing Arts Center will present the Georgia premiere of the new Mike Mills concerto Oct. 24 at 8 p.m. in Hodgson Concert Hall. Mills, a founding member of R.E.M., composed the Concerto for Violin, Rock Band and String Orchestra for his longtime friend Robert McDuffie, a Juilliard-trained and Grammy-nominated violinist.

“It is a pleasure and honor to have composed and to perform this amazing project alongside my old friend Bobby, whose imagination and encouragement got the whole thing off the ground in the first place,” Mills said.

The Rock Concerto received its world premiere in June in Toronto, performed by Mills, McDuffie and the Toronto Symphony Orchestra. The Athens performance will feature Mills on piano and bass, McDuffie on violin and the Fifth House Ensemble. The band also will include guitarists John Neff and William Tonks and percussionist Patrick Ferguson.

The program will open with Road Movies by John Adams and Symphony No. 3 by Philip Glass. Tickets for the concert are $67 to $77 and can be purchased at the Performing Arts Center, online at pac.uga.edu or by calling the box office at 706-542-4400. UGA students can purchase tickets for $6 with a valid UGA ID, limit one ticket per student.