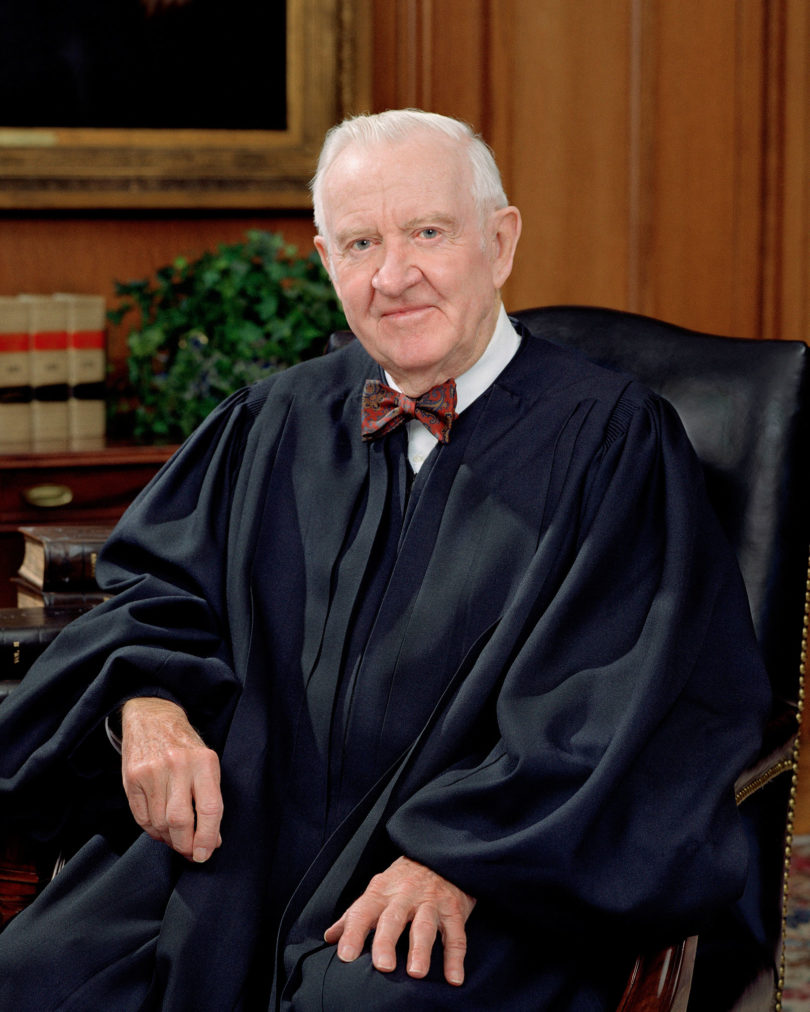 The School of Law will welcome retired U.S. Supreme Court Justice John Paul Stevens Nov. 6 as the keynote speaker for a daylong conference titled “The Press and the Constitution 50 Years after New York Times v. Sullivan.”

The event is free and open to the public; however, preregistration by Nov. 4 is requested.

Sponsored by the student-edited law journal the Georgia Law Review, the main portion of the conference will begin at 8 a.m. in the Larry Walker Room of Dean Rusk Hall.

Through three panel sessions, a group of scholars will explore different perspectives on the U.S. Supreme Court’s 1964 Sullivan decision, the complicated relationship between the court and the First Amendment’s freedom of the press clause and the future of the press clause in light of changes in media and technology. Additionally, a luncheon presentation will be given by David G. Savage, U.S. Supreme Court correspondent for the Los Angeles Times.

Stevens, who sat on the bench of the nation’s highest court from 1975 to 2010, will deliver the keynote address for the conference at 1:30 p.m. in the Chapel, where he will discuss “Originalism and History.” Participants who register for the conference may select to only attend the keynote discussion, if desired. Backpacks will not be allowed into the Chapel during the address.

“We are delighted and honored that Justice Stevens will take the time to join us as we explore the implications of the Supreme Court’s Sullivan decision 50 years after this landmark ruling,” said Lindsay S. Jones, a third-year law student and conference co-organizer. “Sullivan is famous for dramatically altering the law of defamation. However, its importance does not stop there.”

She added that the court’s decision sparked debate about constitutional protections for individuals and the press in a variety of situations.

“Crucial to these inquiries was the question of the meaning of the First Amendment’s press clause in relation to its free speech clause, which is still debated widely today by scholars, journalists, practitioners and the justices themselves,” Jones said. “We are excited to continue the debate during what I am confident will be an informative conference for all who attend.”