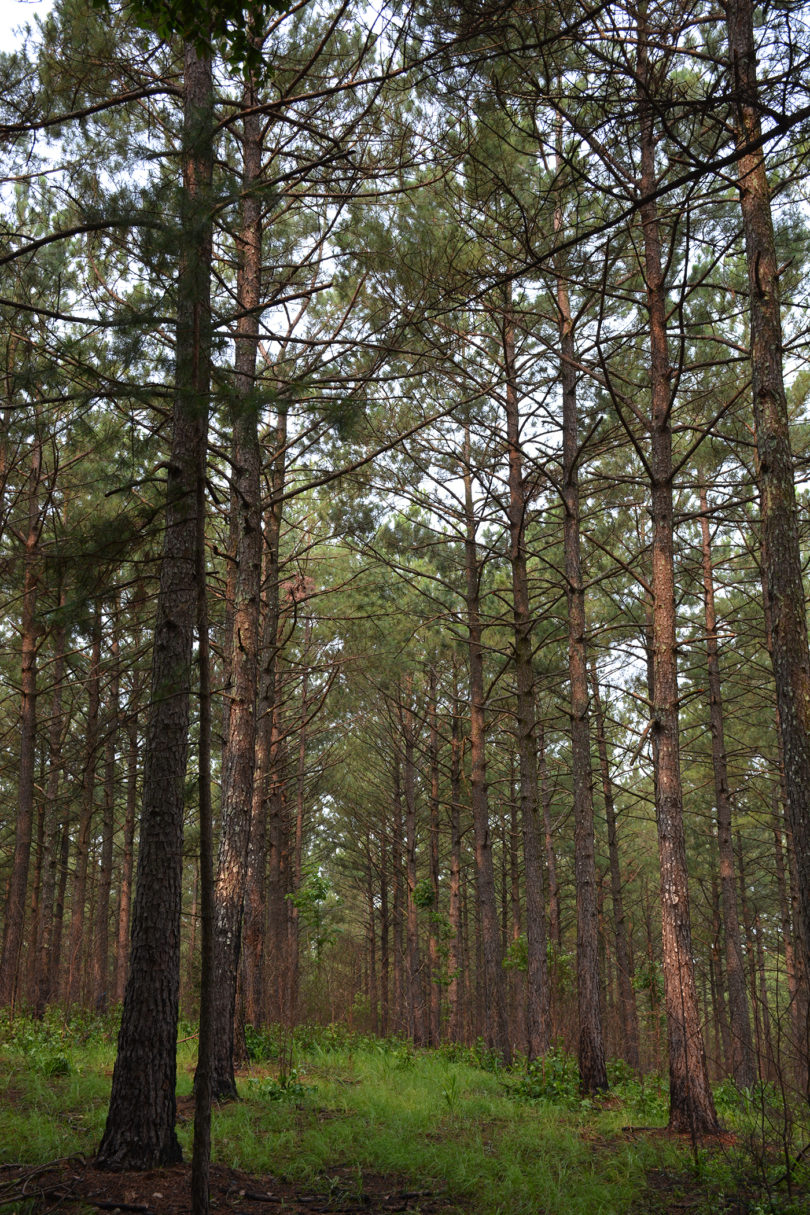 A healthy pine stand grows in Whitehall Forest in Athens

Athens, Ga. – Researchers at the University of Georgia have a message for Southern tree farmers worried about unexplainable pine tree deaths: Don’t panic.

A new study published in Forest Ecology and Management analyzed growth in thousands of pine tree plots across the Southeast and indicates that “southern pine decline” isn’t happening on a large scale. Some earlier reports and studies had hinted at large-scale deaths of pine trees from unexplained reasons. But looking at the hard data shows that this is not the case, said Kamal Gandhi, an associate professor and forest health expert at UGA’s Warnell School of Forestry and Natural Resources.

“No one freak out,” Gandhi said bluntly. “There are some pine health issues that need to be addressed, but southern pine decline isn’t one of them. There are a whole bunch of factors we need to consider at the local instead of regional level.”

Since the 1950s, when mature stands of loblolly pine in Alabama died, there have been reports of trees either dying or deteriorating for unknown reasons across the Southeast, and some researchers have pointed to root-feeding weevils and associated fungi as the culprits.

These tree deaths have been called loblolly pine die-off, pine decline and, in the past five years or so, southern pine decline. The Southeast is the “wood basket of the world,” Gandhi said, so any hints that one of the most important economic drivers in this region is just dying off is a concern.

An annual report by the Georgia Forestry Commission shows that in this state alone, the forest industry supported more than 50,000 jobs and generated $365 million in revenue. Of the four southern pine species, one—loblolly—is particularly important to the forest industry as the source of wood pellets, lumber and paper, among other wood products.

“Landowners had become concerned,” said David Coyle, a post-doctoral researcher at the Warnell School. “If this widespread southern pine decline was real, then landowners were wondering if they should change their management practices or even not grow loblolly if those trees were just going to die.”

Gandhi, Coyle and other researchers at the Warnell School and U.S. Forest Service spent three years poring over data collected by the agency’s Forest Inventory and Analysis Program, looking for patterns in tree mortality rates and reviewing pine health issues in the Southeast.

Data in the inventory encompasses everything from forest location, size, tree growth, mortality and how many trees are harvested to species. It provided everything researchers needed to look at 6,533 forest plots to calculate tree growth and mortality. What they found was that only a small percentage of pine plots across the Southeast were dying off, and virtually all of those trees died for an identifiable reason-fire, insects, weather or invasive vegetation.

UGA researchers also don’t believe root-feeding weevils and the fungi they bring with them are behind the tree deaths.

“Everywhere you find dead or dying trees, you are going to find certain things, including these beetles and a certain group of root-infesting fungi,” Coyle explained. “It doesn’t necessarily mean these organisms caused the tree to die.”

Gandhi, Coyle and Brittany Barnes, a research coordinator in the Warnell School, have been collecting data in an extensive research project investigating southern pine decline for the past three years.

“Our tentative results show that at least some of these fungi are in healthy and unhealthy stands and are not a threat to our southern pine forests,” Barnes said. “These fungi are widespread but not deadly.”

There are definitely environmental factors that do affect tree health, Gandhi said. These include site and soil conditions, drought, climate change, insects, pathogens and natural aging of the trees.

However, the results of this study show that standard management practices are working just fine, Coyle explained.

“There isn’t a big problem,” he said. “Stay the course on established management practices.”

The research group has created a website—www.sph.uga.edu—to provide foresters and landowners with up-to-date information and science on a variety of pine forest health issues.

The article on “A review of southern pine decline in North America” is available at www.sciencedirect.com/science/article/pii/S0378112715002017.