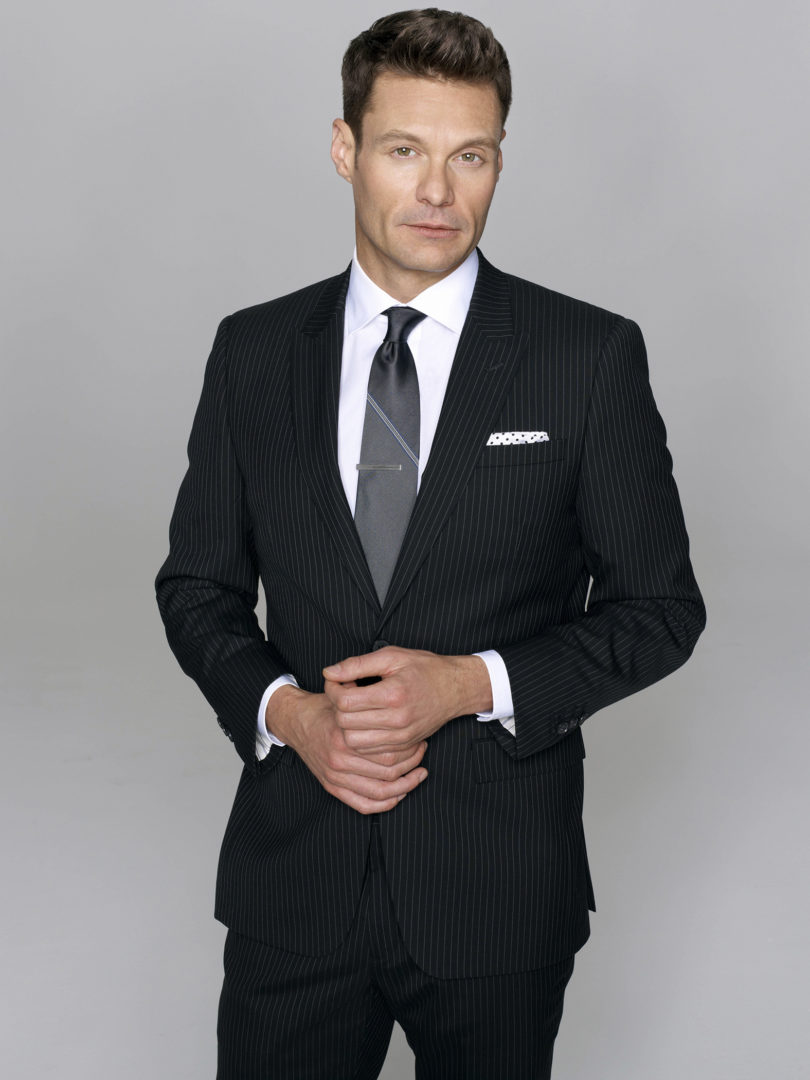 Athens, Ga. – When Ryan Seacrest takes the stage for the University of Georgia’s spring Commencement ceremony on May 13, 2016, in Sanford Stadium, he will have two tasks—inspire a new class of UGA alumni and receive an honorary Doctor of Humane Letters degree from the university he attended as a freshman.

Seacrest holds pre-eminent positions in broadcast and cable television, as well as nationally syndicated radio and local radio. He is celebrated internationally as host of the top-rated prime-time talent showcase “American Idol” on Fox. He is host and executive producer of ABC’s annual New Year’s eve program, “Dick Clark’s Rockin’ Eve with Ryan Seacrest.” He also has an agreement with NBCUniversal that includes on-air broadcasting and producing duties across the NBC and E! networks.

Seacrest’s philanthropic efforts include his service as chairman of the Ryan Seacrest Foundation, which has opened eight broadcast media centers—known as Seacrest Studios—in pediatric hospitals across the country. Through these studios, patients have the opportunity to explore the creative realms of radio, television and new media and are provided with a variety of programming during their hospital stays. Students from local journalism schools intern with the studios to learn about broadcasting, programming and operating a multimedia center.

“Ryan Seacrest is an American icon, one of the movers and shakers of the entertainment industry worldwide, a household name—and a Georgian,” said Charles Davis, dean of the Henry W. Grady College of Journalism and Mass Communication. “Given Grady’s booming Entertainment and Media Studies department, and the state’s robust growth in film and entertainment, I can think of no finer representative to grace Sanford Stadium’s podium in May. It’s a homecoming fit for a star!”

In addition to his on-air duties, Seacrest launched Ryan Seacrest Productions in 2006, which has since become an entertainment production powerhouse. RSP is currently producing the E! hit series “Keeping Up with the Kardashians” and the spin-offs “Kourtney and Khloe Take the Hamptons,” “Dash Dolls” and “Shahs of Sunset” on Bravo. RSP also produces “E! Live From the Red Carpet” awards programs. RSP is producing a scripted drama series for NBC called “Shades of Blue,” which stars Jennifer Lopez. RSP also produced the Emmy Award-winning reality series “Jamie Oliver’s Food Revolution.”

As an entrepreneur, Seacrest has investments in media and entertainment companies including Civic Entertainment Group, a marketing services company; Pinterest; FlightCar; attn:, a news media company targeted at millennials; and Mobile System Security through Seacrest Global Group. He is also a strategic investor in several startups including DigiTour Media, an emerging media and entertainment company that creates and produces “in real life” YouTube experiences in the form of concerts; Headspace, a leading digital health and wellness media brand; and the cable network AXS TV.

In the fall of 2014, he launched a men’s tailored clothing collection, Ryan Seacrest Distinction, at Macy’s.

For more information on spring Commencement at UGA, visit http://commencement.uga.edu/. The ceremonies, which will include the graduate exercise at 10 a.m. in Stegeman Coliseum and the undergraduate ceremony at 7 p.m. in Sanford Stadium, will be streamed live online at www.ctl.uga.edu/ctlcable.