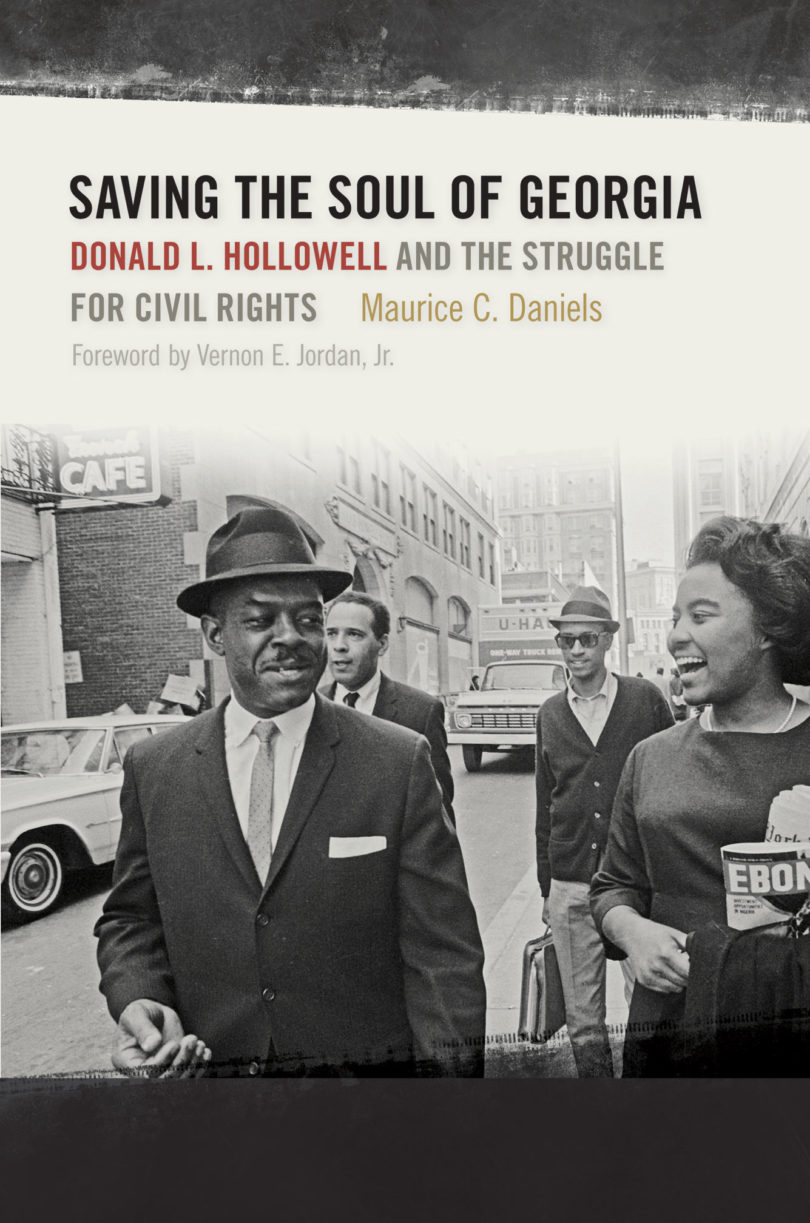 Saving the Soul of Georgia by Maurice C. Daniels

Hollowell was Georgia’s chief civil rights attorney during the 1950s and 1960s. Best remembered for orchestrating the legal battle that resulted in the admission of Hamilton Holmes and Charlayne Hunter to UGA in 1961, he also defended African-American men accused or convicted of capital crimes in a racially oppressive legal environment. Hollowell represented activists arrested for their civil rights work, and fought to overturn laws that maintained state-sanctioned racial discrimination.

“Hollowell’s civil rights work extended far beyond the desegregation of UGA,” said Daniels. “His lawyering and activism had a major impact on changing the racial landscape in Georgia-surmounting racial barriers in public secondary education, voting, housing, and public accommodations, among others. His body of work helped to establish legal precedents that protected the rights of social justice advocates.”

In conjunction with the book’s release, WUGA-TV will broadcast the Telly Award-winning documentary “Donald L. Hollowell: Foot Soldier for Equal Justice” throughout December and early January. Daniels served as executive producer of the documentary, which was developed by the Foot Soldier Project for Civil Rights Studies in partnership with the Richard B. Russell Library for Political Research and Studies at the University of Georgia.

For more information on “Saving the Soul of Georgia: Donald L. Hollowell and the Struggle for Civil Rights,” see http://www.ugapress.org/index.php/books/saving_the_soul_of_georgia/1/0.