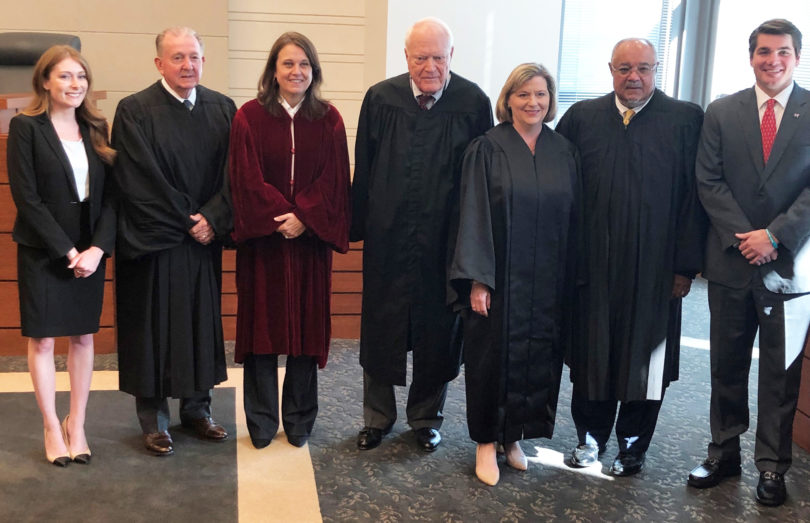 Formerly known as the Hulsey-Kimbrell Moot Court Competition, this contest is traditionally held at the end of October on the eve of the Georgia-Florida football game. Two law students from each school compete as lawyers in a mock appellate case, and the victors in the case earn bragging rights and the championship trophy to keep at their law school for the year. 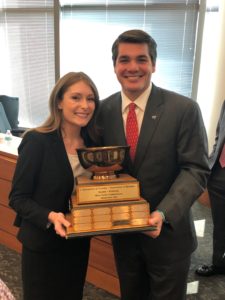 Representing the School of Law in the moot court competition were third-year law students Thomas Paris and Georgia Turner. This year’s win adds to UGA’s outstanding performances bringing its tournament record to 24-11-2.

“I am so proud of our team and their hard work,” School of Law Director of Advocacy Kellie Casey said. “Continuing our winning tradition against Florida is always a great start to the advocacy season and I look forward to defending our title next year.”

This competition started more than 35 years ago when Mark Hulsey, a partner with the Jacksonville law firm Smith Hulsey & Busey and a UF graduate, and Charlie Kimbrell, a lawyer practicing in Miami who was a UGA graduate, agreed to co-sponsor the event. Both original founders have since passed away, but their legacy lives on. Today, Smith Hulsey & Busey and the law firm Smith, Gambrell & Russell – which has offices in Atlanta and Jacksonville among other locations – support this annual courtroom contest.