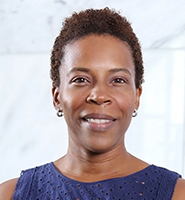 Andrea Dennis, professor in the School of Law and the co-author of the forthcoming book Rap on Trial: Race, Lyrics, and Guilt in America, was recently quoted in a New Yorker story about the use of rap lyrics as evidence in the legal system.

“We have searched widely, and, based on our research, rap is the only fictional art form treated this way,” said Dennis, who holds the John Byrd Martin Chair of Law.

Dennis said that bringing rap lyrics into a trial is common because “prosecutors often argue the lyrics are either the defendant’s confession to the crime or circumstantial evidence the defendant committed the crime, e.g., proof of intent, knowledge, ability, motive. No other musical genre and no other art is used in the same way or to the same extent.

“In an increasing number of cases, the lyrics are allegedly themselves a crime,” Dennis added. “In particular, prosecutors have convicted defendants on the theory that their lyrics were used to make a threat to another person.”