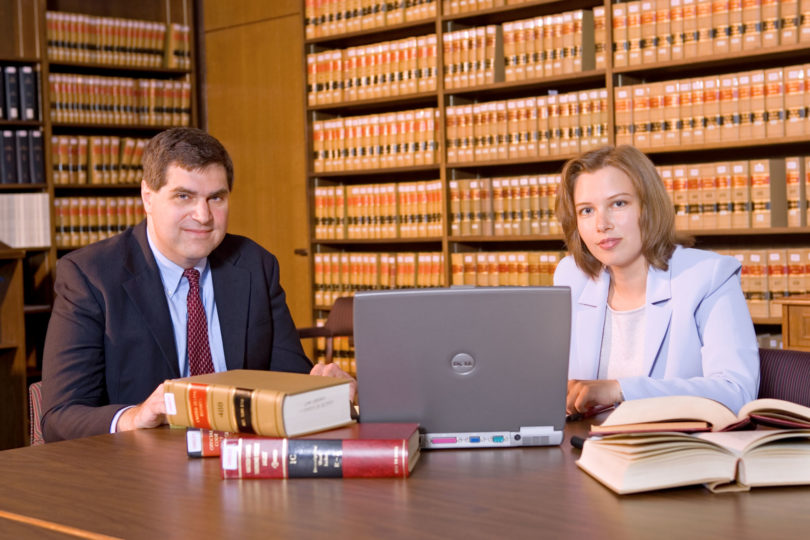 So with the current debate among the justices on the role that foreign courts’ rulings should play in the U.S. judicial system, UGA School of Law professor Randy Beck took the cue to get involved in international legal research that was timely, relevant and a little out of his normal routine.

Beck, an associate professor at the School of Law, is in the final stages of a research project that started in Athens this past spring and ends with a trip to Moscow in December. Working with Anna Nagaeva, chief counsel to a panel of the Supreme Arbitrazh (Commercial) Court of the Russian Federation, the two have collaborated through a program sponsored by the U.S. Department of State and the International Research and Exchanges Board, with support from UGA’s Dean Rusk Center-International, Comparative and Graduate Legal Studies.

Beck and Nagaeva’s research compares the case selection processes of the U.S. Supreme Court, the Supreme Court of Georgia and Supreme Arbitrazh Court.

“It’s interesting to see how differently the case selection process works in the two countries,” Beck said. “I think it would be fair to say that the Russian Arbitrazh court puts a lot more resources into the process of deciding which cases will be heard, due largely to the size and structure of the court. There are 52 judges on the Arbitrazh Court and only nine on the U.S. Supreme Court, and many of the Russian judges’ principal judicial function is case selection.”

This is Beck’s initial venture into internationally collaborative research, and he says it has helped him to view legal systems from a broader perspective. As with his work in constitutional law and theology and the law, he said his research always gives him something more to bring back into the classroom.

“Research allows me to think more deeply than simply teaching a case. This research has made me see that the way we do things in this country isn’t always inevitable-that there might be another way to do the same thing,” Beck said. “And that leads you to think, well, why did our system end up doing things this way rather than the way they do it there?”

When Beck brings fresh perspectives back to the classroom, there are plenty of students around to listen. He teaches classes in property, trusts and estates, constitutional law and Christian perspectives on legal thought. In fact, it was his longtime interest in teaching and respect for law students here that first brought him to UGA.

“The students here were one of the biggest draws to coming to teach,” Beck said. “They are a very bright and very accomplished group, yet there is something friendly about them. They are competitive without being destructive in it.”

The admiration is mutual. Beck has four times been the recipient of the student-awarded John C. O’Byrne Memorial Faculty Award for Significant Contributions Furthering Student-Faculty Relations.

Beck also brings to class nine years of personal experience in the U.S. legal system, including having served as a judicial clerk for U.S. Supreme Court Justice Anthony M. Kennedy.