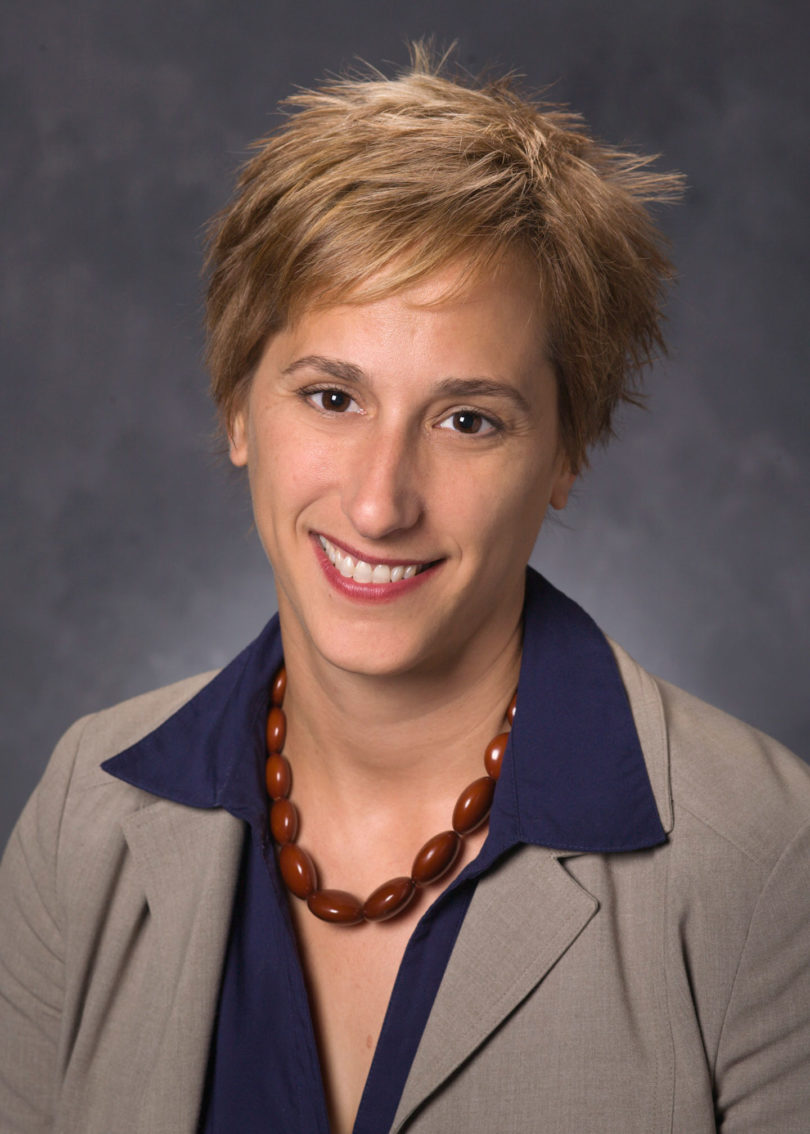 Athens, Ga. – Two University of Georgia School of Law faculty members have been awarded endowed professorships. Lori A. Ringhand has been named a J. Alton Hosch Professor of Law, while Peter B. “Bo” Rutledge has been named the holder of the Herman E. Talmadge Chair of Law.

Ringhand joined the Georgia Law faculty in the fall of 2008. She teaches courses on constitutional law, election law, and state and local government. Her research focuses on empirical work regarding the voting patterns and practices of U.S. Supreme Court justices, and she is currently writing a book about the Supreme Court confirmation process. Her work has been published in journals such as the University of Pennsylvania Journal of Constitutional Law, Constitutional Commentary, the Columbia Journal of Transnational Law and the Oxford Journal of Legal Studies.

Ringhand was recently recognized for her scholarship by the Southern Political Science Association with its 2012 Neal Tate Award, which is an honor reserved for outstanding papers in judicial politics. She also is the recipient of the C. Ronald Ellington Award for Excellence in Teaching (2010) and a Congressional Research Award from the Dirksen Congressional Center (2011). Ringhand came to UGA from the University of Kentucky College of Law. In addition, she has served as a visiting scholar at the Oxford Institute of European and Comparative Law and worked at the firm Foley & Lardner in its litigation and regulatory departments.
She earned her bachelor’s degree from the University of Wisconsin-Eau Claire and her law degree magna cum laude from the University of Wisconsin-Madison, where she graduated second in her class and served as an articles editor on the Wisconsin Law Review. Additionally, she obtained an advanced law degree in European comparative law, with distinction, from the University of Oxford.

A former law clerk for Justice Clarence Thomas of the U.S. Supreme Court and for Chief Judge J. Harvie Wilkinson III of the U.S. Court of Appeals for the 4th Circuit, Rutledge regularly files briefs and advises lawyers in matters before the Supreme Court and lower courts. He previously served as an associate professor of law at the Catholic University of America and was a Fulbright Visiting Professor at the University of Vienna School of Law from 2010-2011. He has lectured at universities around the world including, Oxford, Cambridge, the London School of Economics, Mainz, Stockholm, Oslo and Bologna.

Both Ringhand’s and Rutledge’s appointments are named in honor of notable members of the Georgia Law community. Hosch served as dean of the law school from 1933-1964, which was longer than any other dean of an American law school at that time. Talmadge graduated from the law school in 1936 and served as the governor of Georgia and as a U.S. senator.