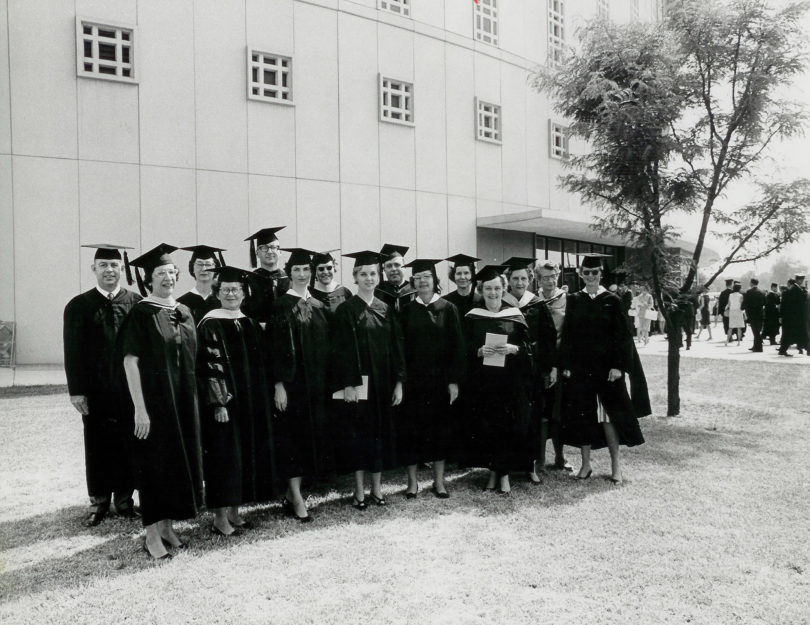 This year marks the 50th anniversary of the UGA School of Social Work. To celebrate, the school is hosting a gala dinner and other events Oct. 17-18 at the Atlanta Marriott Marquis. The celebration also will launch the Dean Charles A. Stewart Scholarship Fund, named in honor of the founding dean who guided the school from 1964 to 1995.

The theme of the celebration is “Reflecting on Our Past and Envisioning the Future.” Activities include a town hall forum at 1:30 p.m. on Oct. 17 that is open to the public. The forum will focus on persistent and emerging issues in social work practice and will be moderated by Glenda A. Hatchett. She is best known as the star of “Judge Hatchett,” a two-time Emmy-nominated reality television show that exposed a national audience to the judge’s unusual interventions for troubled teens.

The gala dinner, to be held on Oct. 17 at 8 p.m., will be followed by a program that will include student presentations, salutes by various dignitaries and reminiscences by Charles Stewart and Bonnie Yegidis, former School of Social Work deans, and current Dean and Professor Maurice Daniels. Alumnus Randall Bramblett and his band will close the evening with a concert. A nationally known musician, Bramblett has worked with the Allman Brothers, Bonnie Raitt and Widespread Panic, among others. He received his master’s degree in social work from UGA in 1989.

“This is a wonderful opportunity to reunite with friends and colleagues and celebrate 50 years of achievements in teaching, research and service,” Daniels said. “Attendees will not only be celebrating the past but, through the new Dean Charles A. Stewart Scholarship Fund, supporting social work’s future as well.”

The celebration will take note of hurdles that the school faced in its creation. Beginning in 1937, under UGA President Harmon Caldwell, the university took steps to develop a school of social work and by 1940 was offering graduate level courses in social work. By the spring of 1941, a proposal was under consideration to start the school during the 1942-1943 academic year. In July of 1941, however, Georgia Gov. Eugene Talmadge began to purge and intimidate faculty within the university system who he deemed sympathetic to racial integration. In response, the Southern Association of Colleges and Schools announced it would withdraw accreditation from the state’s white institutions of higher learning. Seeing little hope for a new school, the director of the graduate program of social work resigned. When the U.S. entered World War II a few months later, plans for a school were suspended.

It was not until after the desegregation of UGA in 1961, and a funding increase in 1962, that work resumed to establish a school of social work at the university. In 1963 Harmon Caldwell, who was now chancellor of the University System of Georgia, appointed an advisory committee to determine the need for a graduate school of social work. The committee, which included Stewart, confirmed a need. Several Georgia institutions vied to house the school. The committee unanimously recommended UGA, and the board of regents approved the recommendation.

UGA President O.C. Aderhold began searching for a dean. Eventually he offered the position to Stewart, then the social services director at Milledgeville State Hospital. The regents approved the appointment and, on Jan. 1, 1964, Stewart became the youngest dean in the nation at age 31.

Aderhold asked Stewart to open the school by September. The dean quickly began to recruit the best scholars he could find, even offering some of them salaries higher than his own. By July he’d hired four full-time faculty and one part-time faculty member. All worked frantically to develop the basic structures for a graduate program.

“Faculty met days, nights and Saturdays,” said Merle Foeckler, who was among the hires. “Everything had to be developed. To establish a curriculum between July and September was an unbelievable accomplishment.”

On Sept. 25, 1964, Foeckler taught the first class, “Human Behavior and the Social Environment.” Stewart hired two additional faculty, and the School of Social Work was dedicated on Oct. 7.

Stewart and the faculty didn’t rest. They continued to work long hours to earn accreditation from the Council of Social Work Education-the sole accrediting agency for social work programs in the U.S. In 1966 they succeeded, just in time for the graduation of the first class.

Starting with one degree program in 1964, the School of Social Work now offers six degree or dual degree programs as well as international study abroad and certificate programs. The faculty has increased from eight to 30. Since the first cohort of 14 students received diplomas in 1966, more than 6,000 students have earned degrees.

Tickets to the evening gala are $75, with a portion of the proceeds to benefit the Dean Charles A. Stewart Scholarship Fund. For more information on all the events, or to register, see http://www.ssw.uga.edu/50th/.