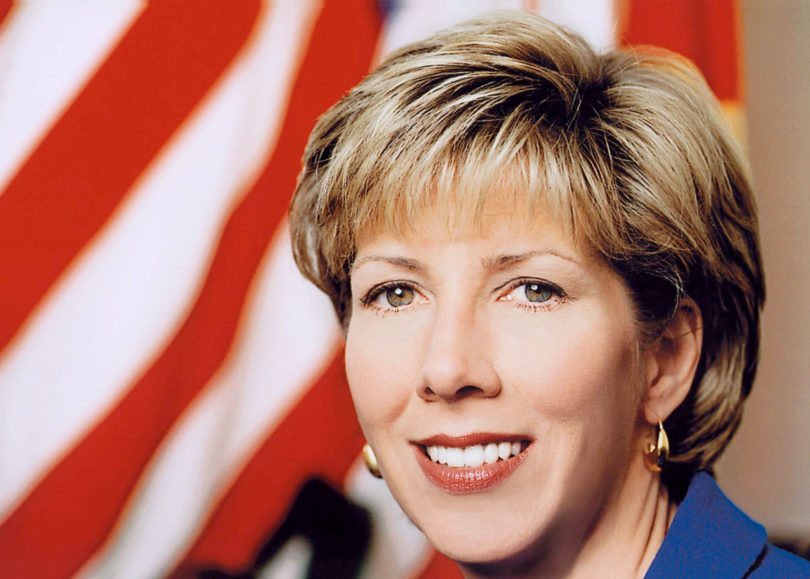 Georgia Secretary of State Cathy Cox will be joining the School of Law as the Carl E. Sanders Political Leadership Scholar in the 2007 spring semester.

During her appointment, she will teach courses in election law and law and politics. The Sanders Political Leadership Scholar position, named for Georgia’s 74th governor and UGA law school alumnus, allows students to learn from individuals who have distinguished themselves as leaders in public service, according to School of Law Dean Rebecca H. White.

“Gov. Sanders wanted to ensure that generations of students would be aware of the roles of law and lawyers in shaping public policy,” she said. “We are excited to have someone with Cathy Cox’s involvement and experience in public service teach here at Georgia Law. I was delighted when Secretary Cox accepted our invitation to join our faculty for the spring semester, and I am confident her time with us will provide the enhanced learning experience Gov. Sanders envisioned for our students.”

Paul M. Kurtz, associate dean for academic affairs, said the faculty and students are looking forward to welcoming Cox to the law school.

“Cathy Cox not only will help to teach our students about the law, she also will provide them with a firsthand account of the implications and applications of the law at work,” Kurtz said. “It would be hard to imagine somebody with better qualifications to teach these courses.”

Cox has received numerous honors for her public service. The Georgia Commission on Women named her the 2000 Woman of the Year. For the past seven years, Georgia Trend magazine has chosen her as one of the 100 Most Influential Georgians. In 2002, Governing magazine named her one of its 11 Public Officials of the Year-the first secretary of state in the nation to receive this honor.