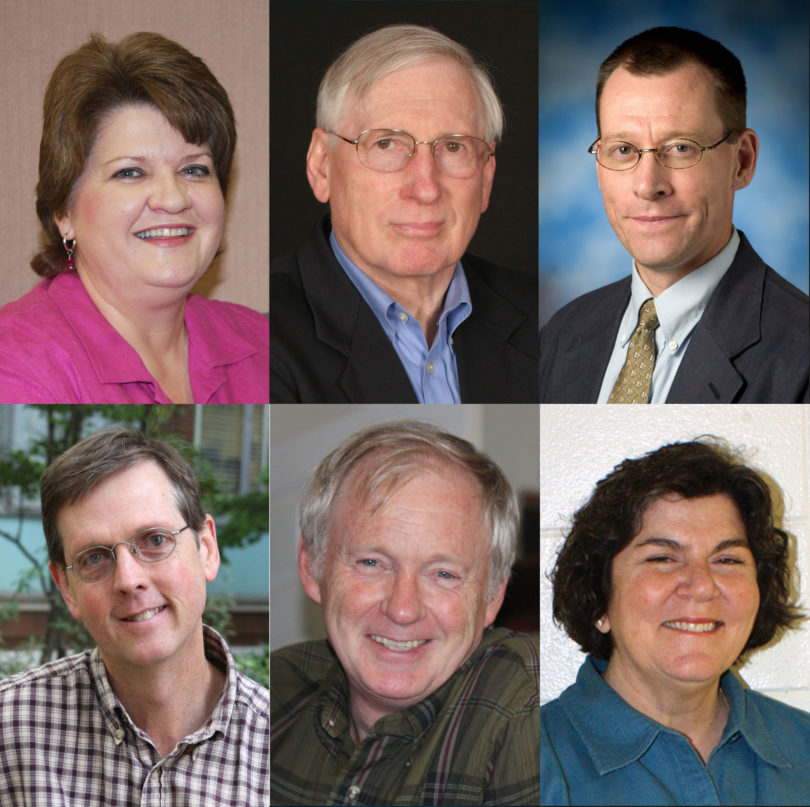 Presented by the College of Agricultural and Environmental Sciences, the award program honors Gold Kist Inc. founder D.W. Brooks. An alumnus of the agricultural and environmental sciences college, Brooks advised seven U.S. presidents on agriculture and trade issues. Although he died in 1999, his promotion of agriculture lives on through the awards.

Baldwin, the UGA Cooperative Extension agent in Bleckley County, received the public service award. For the past 24 years, she has encouraged her 4-H’ers to be the best they can be. Her 4-H membership currently is 750. Thirty-five of her members have become master 4-H’ers. Five have become county agents. One is currently employed on the state 4-H staff.

A Georgia Research Alliance Eminent Scholar in Agricultural Biotechnology, Baile received the distinguished professor award. His career has spanned 35 years and includes positions at UGA, Harvard University, the University of Pennsylvania, SmithKline Beecham and Monsanto Co. He has helped create seven companies and currently serves on the board of directors of seven ­companies. Baile has directed drug research and development projects from the discovery stage to commercialization.

A UGA associate professor of entomology, McHugh received the teaching award. He teaches courses on insect taxonomy and the principles of systematics. He has been the main adviser for 12 graduate students, served on the advisory committees for
35 students and has advised or been thesis reader for several students in the Honors program. Since arriving at UGA, McHugh has received the H.H. Ross Outstanding Teaching Award and is a three-time winner of the H. O. Lund Outstanding Faculty Award.

Strand received the research award. He studies parasite-host interactions, including the roles insects play in the transmission of several plant, animal and human diseases and parasites play in controlling insect pest populations. He joined the UGA faculty in 2001. In 2006, he earned the title of Distinguished Research Professor. Strand holds joint or affiliated appointments in the CAES, the Center for Tropical and Emerging Global Diseases, the Faculty of Infectious Diseases and the department of genetics.

Director of the federal Peanut Collaborative Research Support Program, Williams received the global programs award. In 1995, he joined the UGA faculty and became the associate director of the Peanut CRSP. In 1997, he became its director. The Peanut CRSP connects American peanut scientists with counterparts in developing countries to solve problems for peanuts. He streamlines research management while expanding his interest in the aflatoxin and utilization aspects of the peanut industry.