Six University of Georgia students have been selected as the inaugural cohort of Cora Nunnally Miller Fine Arts Scholars in the Franklin College of Arts and Sciences. The purpose of the scholarship, made possible as part of a $17 million gift to the university upon Miller’s passing in 2015, is to recognize exceptional artistic talent, to foster interdisciplinary collaborations in the arts, to promote the arts on the UGA campus and beyond and to give special opportunities to the students in the cohort. Each of the first-year undergraduate students will receive an annual scholarship of $6,500 per year for four years. 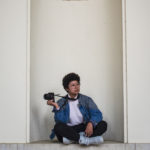 Alys Barrow,a photography major in the Lamar Dodd School of Art, grew up in Columbus, Georgia, where her artistic inclinations were nurtured through productions at the Springer Opera House. After studying acting at a festival in England, Barrow found her passion to use photography to express an artistic viewpoint. 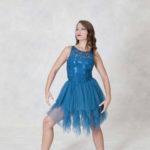 Madison Calderwood, from Kingsland, Georgia, is pursuing a Bachelor of Arts in dance and a Bachelor of Science in athletic training. She intends to be a professional dancer, followed by a career as an athletic trainer for a professional dance company. Calderwood’s talent, drive and creativity led to the unusual distinction of becoming one of the CORE Contemporary and Aerial Dance members in her first year at UGA. 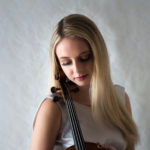 Ava Cosman, of Boulder, Colorado, is pursuing a triple major: viola performance and music composition at the Hugh Hodgson School of Music and mechanical engineering in the College of Engineering. Her viola professor wrote in her nomination letter that “her playing connects on a deep emotional level.” She also notes Cosman’s uncanny ability to make even the most difficult music sound fun. 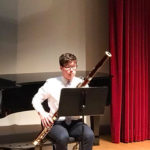 Nathan “Hank” Morris of Watkinsville, Georgia, is a double major in bassoon performance and mathematics. “Both subjects require practice and patience, and progress comes only in small steps … but while I can spend hours honing a concerto, evening out the notes and sculpting the phrases, there’s always something to improve,” he said. “Music is inherently imperfect. Mathematics, however, is perfect. After hours of struggling with a problem, I’ll piece together the solution and then I own it.” 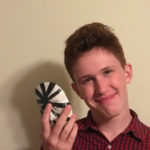 Zachary Pareizs, from Augusta, Georgia, is focusing on acting, directing and writing in his major in theatre and film studies, following his strong interest in site-specific theater. One of his professors wrote, “He takes risks and is clearly dedicated to his growth as an artist.” 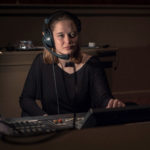 Michaela Wilkins, from Chickamauga, Georgia, is focused on dramatic writing in the department of Theatre and Film Studies. “Theatre is a place where all voices can be heard, and where anything can happen,” she said. “No matter how unrealistic something is in the real world, it can be brought to life onstage. The two things that I advocate most for are representation and accessibility.”

Cora Nunnally Miller was an accomplished horsewoman, a breeder of champion Whippets, a voracious reader and an advocate for the arts. She was also one of UGA’s most generous benefactors, anonymously giving more than $33 million to the UGA Foundation throughout her lifetime. Miller died in July 2015 at her home, Hound Hill, in Otis, Massachusetts. Miller was the stepdaughter of Hugh Hodgson for whom the UGA School of Music is named.

“Cora Miller was a wonderful supporter of study in the fine arts, and her transformative gifts continue to have a direct impact on our campus and our students,” said Jean Martin-Williams, Josiah Meigs Professor of Music and associate dean in the Franklin College.

“We are so pleased that her generosity will support these students and enable them to take advantage of global opportunities for their professional development,” said Martin-Williams, who will serve as the faculty mentor for the Cora Nunnally Fine Arts Scholars. “Each year, as we add a new group of Cora Nunnally Miller Fine Arts Scholars to the cohort, the opportunities for collaboration and creative research will continue to expand.”