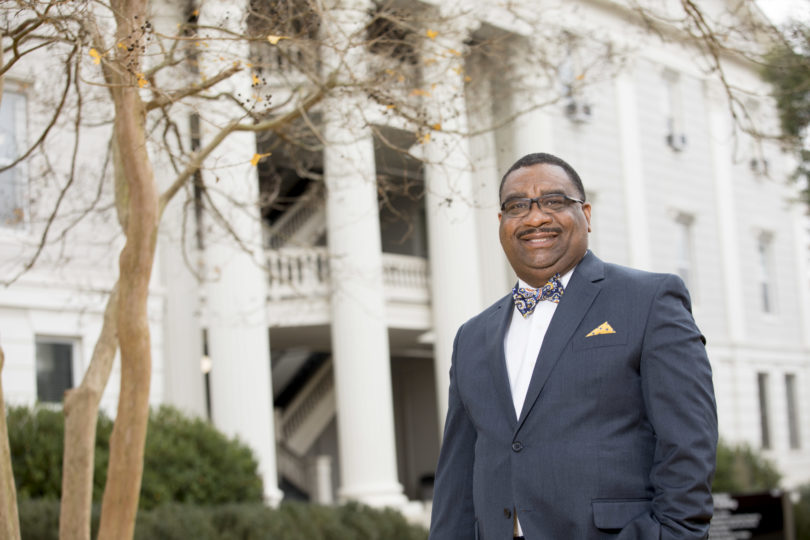 Hogansville, Georgia, is easy to overlook.

Self-dubbed “The City of Friendly People” on the town’s official website, citizens of the small west Georgia municipality have worked hard in recent years to attract more visitors and development.

Tony Lowe, an associate professor in the School of Social Work, grew up in Hogansville and agrees that today it is a friendly town. Few would guess that 122 years ago it was the scene of violence that started a national conversation on African American civic leadership.

The story is not well known, even in Hogansville. Lowe heard about it while talking with senior African American civic leaders during a visit home.

“They said that the town’s black postmaster was run out of the community,” said Lowe, “but no one knew much more.”

“He had attended Atlanta University. He urged blacks to exercise their constitutional rights to vote and bear arms,” said Lowe.

Angered, the local white community refused to rent Lofton space downtown for a post office. When he set one up in the black business district, they boycotted it and set up a separate, unofficial and illegal post office run by the former white postmaster for use by white citizens.

In those days, a postmaster in a small town like Hogansville was paid according to the amount of mail he processed, said Lowe.

“They were trying to smoke him out economically,” he said.

Lowe’s sleuthing widened to include state archives, Howard University Law Library and eventually the National Archives. His community contacts helped him reach out to Lofton descendants who also provided a treasure trove of information.

After the boycott drew federal investigators, unknown assailants shot at Lofton as he walked home from work one night. Lofton was wounded but survived. Still he refused to relinquish his appointment.

“He said he had every right to that position,” said Lowe.

The news made national headlines.

After a three-year standoff, during which Lofton’s post office was burned to the ground, Lofton accepted a postal position in Washington, D.C. The story faded from the news, but Lowe discovered one more thing: Lofton’s exploits played a part in launching the first nationwide civil rights organization.

“The Hogansville case was one of the events that galvanized the creation of the National Afro-American Council, the forerunner of the NAACP,” said Lowe.

Armed with documentation provided by Lowe, in 2018 the Hogansville city council applied to and received approval from the Georgia Historical Society for a Georgia Civil Rights Trail marker. It will be the first such marker in west central Georgia and one of the few between Atlanta and Albany.

In arguing for the marker before the city council, Lowe also called for designating the area where events took place as a historic district, which could help local businesses. The suggestion, he said, “is getting some traction.”

“The thing that I’m most proud about is that it’s taking my research from the university and bringing it back to the community it came out of,” said Lowe. “I’m excited about the translation of this discovery into an economic driver.”

Lowe is working on a book proposal about the Hogansville Affair, as contemporary accounts dubbed it, and also is glad more people will learn about the postmaster’s bravery.

“There are far too many communities whose stories have been lost,” said Lowe, “and this story has everything: family history, local history, the national aspect and now the economic development aspect. It has all these layers that keep on giving.”