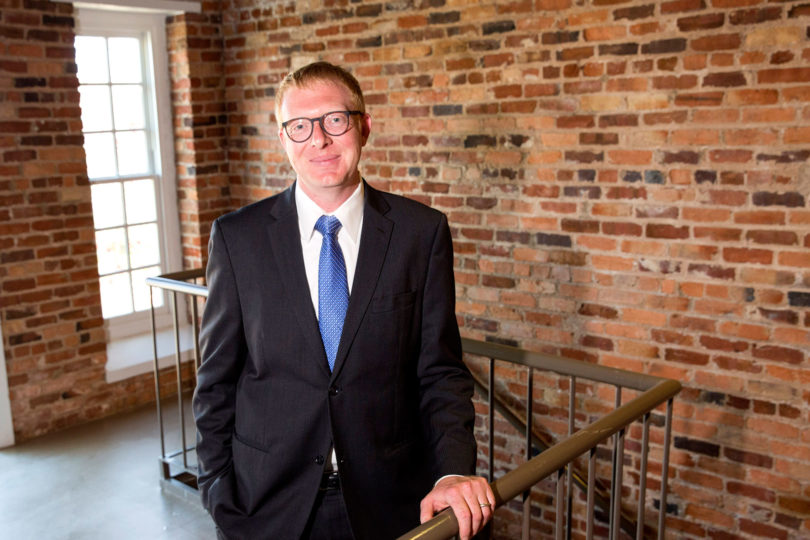 Access to needed health services is a challenge for many people, particularly those with mental health and substance use problems. Orion Mowbray wants to change that.

Mowbray likes to fix all kinds of problems. The assistant professor of social work repairs his own car, does carpentry and other jobs at his home. At the School of Social Work, he researches ways to improve access to mental health and substance use services for people who often slip through the cracks, such as the elderly or those who have been incarcerated.

“I knew many of them before they needed help,” he said. “To see someone you know go down this path changes the way you see these problems.”

Expanding access to mental health and substance use services interests Mowbray because it’s a common need in many communities and, once received, improves people’s lives. According to the National Institute on Drug Abuse, about one in four deaths in the U.S. can be attributed to substance use, yet very little is known about how to prevent or reduce mortality.

“It is an area of social work where I feel I can make a difference,” said Mowbray, who often examines data on mental health and substance use services at a national level. “My research is dedicated to highlighting what can be done and where to intervene with maximum impact.”

Mowbray has examined, among other things, how chronic health problems, stigma, prejudice and discrimination affect health service use. He conducted the first study of how formerly incarcerated individuals in rural areas use mental health and substance use treatment services, an important initial step in determining whether services are being provided at critical times.

In another recent study, he found that the need for mental health services among caregivers in the child welfare system has increased at far greater rates than the general U.S. population. The findings could lead to greater coordination between child welfare agencies and health service providers.

“There are so many barriers to effective treatment—cost, availability of evidence-based treatments and the perceptions that many people have about substance use and mental health, to name a few,” said Mowbray. “Health professionals need better information about how to spot people who are at risk and how to teach people the skills they need to manage these problems independently.”

In addition to teaching and research, Mowbray helps evaluate services administered by the Newton and Walton County Treatment and Accountability Court. The court provides alternatives to jail time for persons who have been charged with a nonviolent criminal offense and are struggling with long-term mental illness.