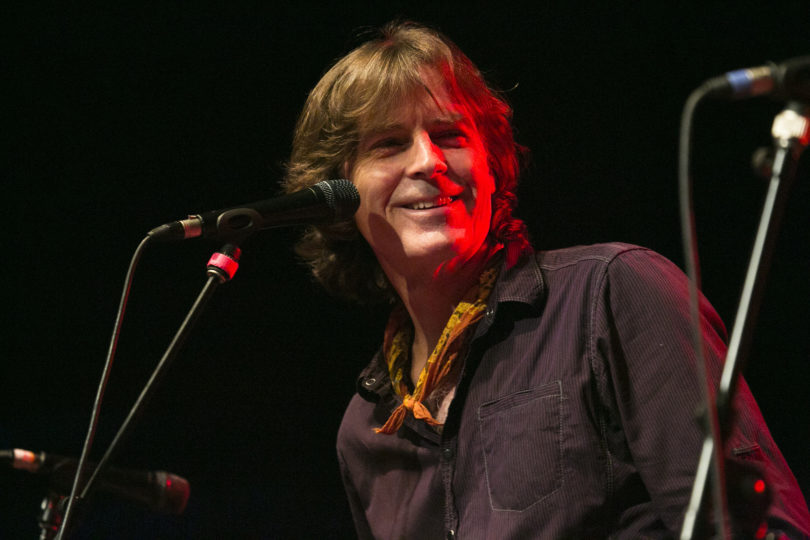 Athens, Ga. – The streets of downtown Athens will become a prominent venue for the University of Georgia’s Spotlight on the Arts festival with Spotlight • Slingshot, a free public concert Nov. 8 at 4 p.m. on College Square.

Topping the bill of five bands will be an orchestrated performance of Memphis band Big Star’s legendary “Third” album, with an all-star lineup featuring original Big Star drummer Jody Stephens, Mike Mills of R.E.M., Chris Stamey of the dB’s, Mitch Easter of Let’s Active, Pat Sansone of Wilco and Ken Stringfellow and Jon Auer, both of Big Star and The Posies.

The group—augmented by a host of other musicians—will perform the album known both as “Third” and “Sister Lovers” in its entirety, as well as a selection of songs from the band’s other two albums and by original member Chris Bell.

The orchestral section will include student musicians from the UGA Hugh Hodgson School of Music.

The concert, with original string, wind and guitar parts transcribed from the album’s actual multitrack studio masters, has been performed around the world, including in London, Sydney, Chicago, Seattle and New York’s Central Park.

The Jane and Harry Willson Center for Humanities and Arts and the Terry College of Business’ Music Business Program are sponsoring the concert, a special presentation of the Slingshot Festival of music, electronic art and technology. The event is supported by the Athens Downtown Development Authority, the UGA Office of the Vice President for Academic Affairs and Provost, the Grady College of Journalism and Mass Communication and the Office of the Vice President for Public Service and Outreach.

“The Spotlight on the Arts festival is an ideal occasion for collaboration between artistic communities in the university and in Athens,” said Nicholas Allen, Franklin Professor of English and director of the Willson Center. “The Spotlight • Slingshot concert brings together a tremendous slate of rising and established performers with important ties to the city and to UGA at the historic gateway between town and campus. Our ability to present world-class artists with such strong local connections speaks to the creative vibrancy of the whole community.”

Big Star was formed in the early 1970s by singer-songwriter-guitarist Bell, Stephens, bassist Andy Hummel and singer-songwriter-guitarist Alex Chilton, who had chart success as lead singer of The Box Tops. Bell left the band after its first album, “#1 Record,” and Hummel departed after a second LP, “Radio City.” “Third” was recorded in 1974 and 1975 by Chilton, Stephens and an assortment of Memphis musicians at recording engineer John Fry’s Ardent Studios with producer Jim Dickinson. The album was not released until 1978, long after Big Star had ceased to exist as a band.

The three albums, which sold poorly when originally released, were “discovered” beginning in the late 1970s by a new generation of fans—many of them musicians whose own work was influenced by Big Star’s eclectic and personal but highly infectious brand of pop.

The band’s historical stature and influence have continued to grow, and all three of its albums were featured among Rolling Stone magazine’s “500 Greatest Albums of All Time” in 2009.

Chilton and Stephens re-formed Big Star in 1993 with Stringfellow and Auer, and that lineup performed and recorded together until Chilton’s death in 2010. That year, Stamey, who had played expanded versions of the songs on “Third” with Chilton in his band in the late 1970s, convinced original orchestrator Carl Marsh to rewrite his scores for the album, using the original multitrack tapes. With the benefit of these isolated tracks and input from Fry and Stephens, Stamey and the core band spent a year developing new arrangements in order to present a live realization of a record created originally for the studio.

At Spotlight • Slingshot, Athens acts The Glands, New Madrid, Blacknerdninja and Ruby the RabbitFoot will share the bill. The Glands, who released two acclaimed albums in 1997 and 2000, will be playing their second show in Athens since headlining AthFest in 2012. Patterson Hood of the Drive-By Truckers has called the band’s self-titled second album “my favorite album of this century and also my all-time favorite album ever to come out of Athens, Georgia.”

New Madrid won Flagpole magazine’s Athens Music Awards for Album of the Year in 2013 and 2014 for “Yardboat” and “Sunswimmer” and its Artist of the Year award in 2013. Flagpole has praised indie hip-hop artist Blacknerdninja’s stage show as “dynamic and unforgettable.”

Ruby the RabbitFoot’s latest album, “New as Dew,” has been lauded in the national music press, including in the pages of Creative Loafing Atlanta and on PopMatters.com. Lead singer/songwriter Ruby Kendrick recently appeared alongside Grammy Award-winning rapper Macklemore in a music video for the Seattle band Fences.

Representatives from the local nonprofit organization Nuçi’s Space will be present at the event to offer information and accept donations for its fundraising campaign aimed at restoring St. Mary’s Steeple, all that remains of the church where R.E.M. played its first show on April 5, 1980. Nuçi’s Space is a resource center that helps provide obstacle-free mental and physical health care to Athens musicians. More information is available at www.nuci.org.

College Square is located on College Avenue between Broad and Clayton streets. More information on the orchestrated performance of Big Star’s Third is available at www.bigstarthird.com.

Willson Center for Humanities and Arts
The Jane and Harry Willson Center for Humanities and Arts is a unit of the Office of the Vice President for Research at UGA. In the service of its mission to promote research and creativity in the humanities and arts, the Willson Center sponsors and participates in numerous public events on and off the UGA campus throughout the academic year. It supports faculty through research grants, lectures, symposia, publications, visiting scholars, visiting artists, collaborative instruction, public conferences, exhibitions and performances. For more information, see willson.uga.edu/.

Spotlight on the Arts
Presented by the UGA Arts Council, the third annual Spotlight on the Arts features more than 60 events in the visual, literary and performing arts. The nine-day festival, scheduled for Nov. 6-14, includes museum tours, discussions with writers and concerts. For the complete schedule, see www.arts.uga.edu. Follow the Arts at UGA on Facebook at www.facebook.com/UGAarts or Twitter at twitter.com/UGA_Arts.