Lectures are free and open to the public

Some of the nation’s most prominent thought leaders in fields ranging from poetry to international security and business will share their insights and expertise through the University of Georgia’s spring 2022 Signature Lectures series.

“Signature Lectures invite our students, faculty and other members of the university community to deepen and expand their knowledge and understanding,” said Meg Amstutz, associate provost for academic programs. “The range of disciplines represented in the spring semester lineup has widespread appeal.”

For more information and the most recent updates regarding locations and formats for Signature Lectures, see provost.uga.edu/news-events/events/signature-lectures/2021-2022. Details on spring 2022 Signature Lectures are below. 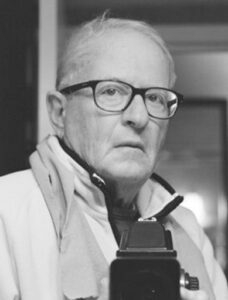 During five years of world travel, mostly in Asia and Africa, Tress developed an interest in ethnographical photography that eventually led him to his first professional assignment as a U.S. government photographer recording the endangered folk cultures of Appalachia. In 1968, Volunteers in Service to America commissioned him to document the endangered folkways of Appalachia. The ravaged landscape of this region spurred an environmental awareness in his work, including a series on resource extraction and the human costs of pollution. The exhibition “Inside Look: Selected Acquisitions from the Georgia Museum of Art” features a selection of Tress’ Appalachia photographs.

Sponsored by the Georgia Museum of Art. 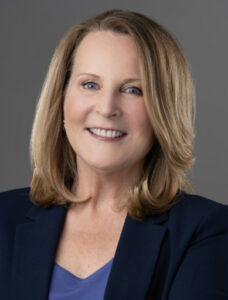 Hill’s work at CFR focuses on the risks, consequences and responses associated with climate change. She previously served as special assistant to President Barack Obama and senior director for resilience policy on the National Security Council staff, where she led the development of national policy to build resilience to catastrophic risks, including climate change and biological threats. Her co-authored book, “Building a Resilient Tomorrow,” was published in 2019. In 2020, Yale University and the Op-Ed Project awarded her the Public Voices Fellowship on the Climate Crisis. Hill’s new book, “The Fight for Climate After COVID-19,” was published in September 2021. 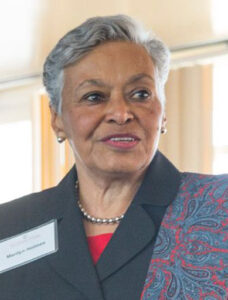 Holmes is a longtime friend and supporter of the University of Georgia who has helped open doors for students and has made the UGA campus more inclusive through her advocacy and generosity. She is the widow of the late Hamilton Holmes Sr., one of the first two students to integrate UGA. After a 16-year career in teaching, she retired in 2003. Since then, she has volunteered as a reading tutor in Atlanta Public Schools and Quality Living Services Senior Center. She is a former member of the board of the Atlanta History Center and past chair of the Board of Advisors of the Atlanta Speech School. 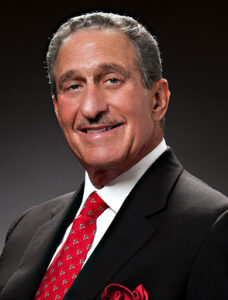 Perhaps best known as co-founder of The Home Depot, Blank is now widely recognized for his diverse businesses. In addition to the Blank Family Foundation, Blank’s Family of Businesses includes the Atlanta Falcons and Atlanta United; the nationwide PGA TOUR Superstore; three ranches in Montana; and Mercedes-Benz Stadium, which hosted the 2019 Super Bowl and is home to the Falcons and Atlanta United. Named by ESPN as the 2021 Sports Philanthropist of the Year, Blank is a tireless advocate of using purpose and profit hand-in-hand to benefit the communities around him.

Sponsored by the Institute for Leadership Advancement and the Terry College of Business. 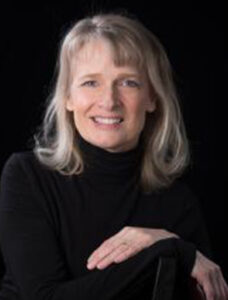 Diana Mutz, Samuel A. Stouffer Professor of Political Science and Communication and director of the Institute for the Study of Citizens and Politics, University of Pennsylvania

A Fellow of the National Academy of Sciences, Mutz conducts research on public opinion, political psychology and mass political behavior, with a particular emphasis on political communication. She is the author of numerous books, including “Impersonal Influence: How Perceptions of Mass Collectives Affect Political Attitudes,” “Hearing the Other Side: Deliberative Versus Participatory Democracy” and “In-Your-Face Politics: The Consequences of Uncivil Media.” Her latest book, published in 2021, is “Winners and Losers: The Psychology of Foreign Trade.”

Sponsored by the Department of Political Science and the School of Public and International Affairs. 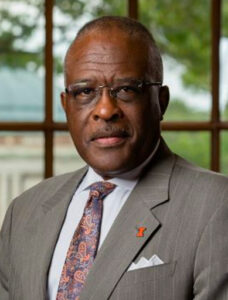 Jones has served as chancellor of the University of Illinois at Urbana-Champaign since 2016. He previously served as president of the University at Albany, State University of New York and is an experienced and accomplished scientist and research university leader. A Georgia native, Jones earned a bachelor’s degree in agronomy from Fort Valley State College, a master’s degree in crop physiology from UGA, and a doctorate in crop physiology from the University of Missouri, Columbia. Under his leadership, Illinois has launched a $2.25 billion philanthropic campaign, created The Carle Illinois College of Medicine, and hired an inaugural vice chancellor for diversity, education and inclusion.

Sponsored by the Graduate School, the Mary Frances Early College of Education and the Office of Institutional Diversity. 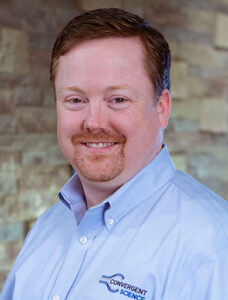 “Racing Toward Zero: The Untold Story of Driving Green”

Senecal has long been an advocate of creating cleaner propulsion systems, with a particular focus on computer modeling to enable faster design. In 1997, he co-founded Convergent Science, a global leader in computational fluid dynamics software. Its customers include leading automotive and commercial vehicle manufacturers, tier one suppliers and professional motorsport teams. Starting with his TEDx talk in 2016, he has been promoting a diverse mix of transportation technologies through invited talks, articles and social media. He is co-author of the book “Racing Toward Zero: The Untold Story of Driving Green.” A visiting professor at the University of Oxford, Senecal is a Fellow of the Society of Automotive Engineers.

Sponsored by the College of Engineering. 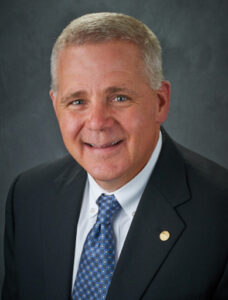 Benson is a renowned geoenvironmental engineer and member of the National Academy of Engineering. He has been conducting research related to protection of the environment for three decades, with a primary focus on the environmental containment of solid, hazardous, radioactive and mining wastes; the beneficial use of industrial byproducts; and sustainable infrastructure. Under his leadership as dean, UVA created its first new department in more than 40 years, the Department of Engineering Systems and Environment, for a collaborative and whole-system approach to modern challenges such as smart cities, environmental resilience and health care.

Sponsored by the College of Engineering and the Office of the Senior Vice President for Academic Affairs and Provost. 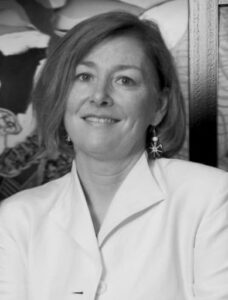 Davis is an internationally known sociologist whose research interests include the relations between urbanization and national development, comparative urban governance, socio-spatial practice in conflict cities, urban violence and new territorial manifestations of sovereignty. Her books include “Transforming Urban Transport,” “Cities and Sovereignty: Identity Conflicts in the Urban Realm,” “Discipline and Development: Middle Classes and Prosperity in East Asia and Latin America,” “Irregular Armed Forces and their Role in Politics and State Formation,” and “Urban Leviathan: Mexico City in the Twentieth Century.”

Sponsored by the College of Environment and Design and the Department of Sociology. 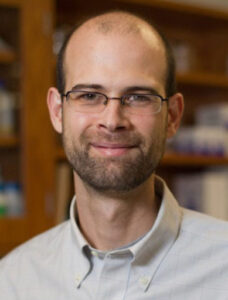 Drake is a Distinguished Research Professor in the Odum School of Ecology and founding director of the Center for the Ecology of Infectious Diseases. His research combines evolutionary biology, ecology and epidemiology to develop new quantitative methods that reconcile theory and data, with applications for forecasting the trajectories of epidemics and mapping the distributions of infectious diseases such as COVID-19, Ebola and West Nile virus. 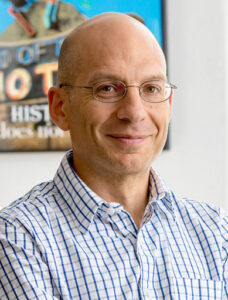 Saunt is a Distinguished Research Professor and Richard B. Russell Professor of American History in the Franklin College of Arts and Sciences. He is widely recognized as one of nation’s foremost scholars of Native American history and a pioneer in the field of digital history. He is the author of four books, including his most recent, “Unworthy Republic: The Dispossession of Native Americans and the Road to Indian Territory,” that have been received with widespread acclaim, both within and beyond the scholarly community.

Both Drake and Saunt were named Regents’ Professors this year, an honor bestowed by the board of regents on distinguished faculty whose scholarship or creative activity is recognized both nationally and internationally as innovative and pace-setting 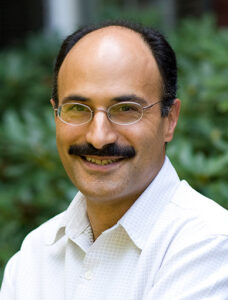 “A Life in Poetry”

Ramazani specializes in modern and contemporary Irish, British, American, Caribbean American and African poetry. His books include “The Hybrid Muse: Postcolonial Poetry in English” and “Poetry in a Global Age.” He is the editor of numerous books and special journal issues including “The Norton Anthology of Modern and Contemporary Poetry” and “The Cambridge Companion to Postcolonial Poetry.” In his latest book, “Poetry in a Global Age,” Ramazani discusses modern and contemporary poems in light of current debates over ecocriticism, translation studies, tourism and cultural geography.

Sponsored by the Willson Center for Humanities and Arts and the Office of the Senior Vice President for Academic Affairs and Provost. 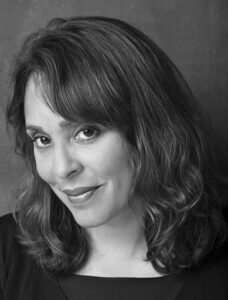 Natasha Trethewey, Board of Trustees Professor of English, Northwestern University

Trethewey has published five books of poetry, including “Monument: Poems New and Selected” and “Native Guard,” for which she was awarded the 2007 Pulitzer Prize in poetry. She is also the author of “Beyond Katrina: A Meditation on the Mississippi Gulf Coast” and “Memorial Drive: A Daughter’s Memoir,” a New York Times bestseller. She was named the 19th Poet Laureate of the United States in 2012 and selected for a second term a year later. Her many honors include fellowships from the National Endowment for the Arts, the Guggenheim Foundation and the Rockefeller Foundation. Trethewey earned her bachelor’s degree in English at UGA and also holds a master’s degree from Hollins College and an MFA from the University of Massachusetts at Amherst.

Sponsored by the Willson Center for Humanities and Arts, the Institute for African American Studies and the Department of English. 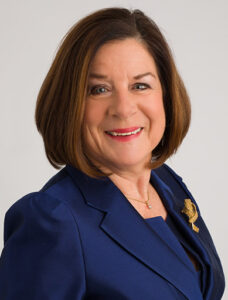 Molloy directs the Vitamin Research Laboratory at Trinity College Dublin and has more than 30 years of experience researching the molecular, nutritional and genomic factors that influence folate and related micronutrient functions within the body. Her research accomplishments have established her as a global expert in the area of folic acid in the prevention of neural tube defects and other birth defects. She is an expert scientific adviser and serves on committees of the Centers for Disease Control and Prevention and World Health Organization that determine maternal public health polices domestically and worldwide.

Requests for accommodations for those with disabilities should be made as soon as possible but at least seven days prior to the scheduled lecture. To request an accommodation, please notify the event contact.