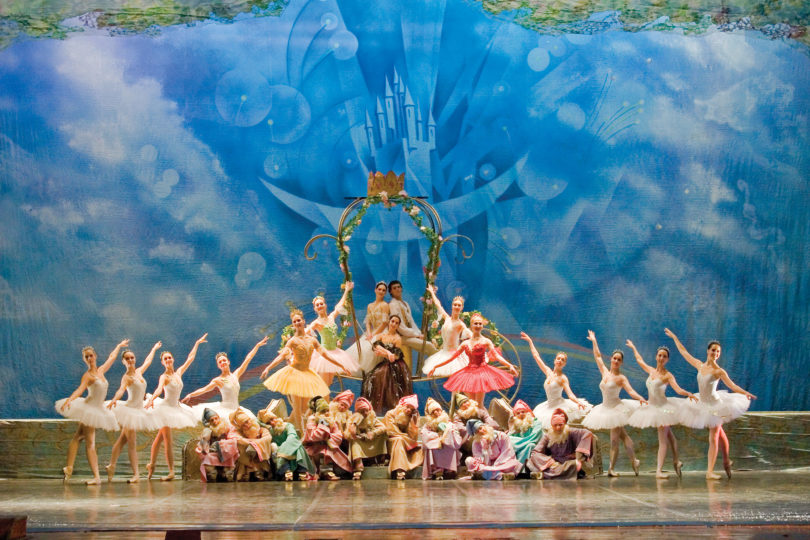 The State Ballet Theatre of Russia will perform the full-length story ballet of Cinderella Jan. 15-16 in the Fine Arts Theatre.

The Performing Arts Center will present the State Ballet Theatre of Russia in two performances of Cinderella Jan. 15-16 at 8 p.m. in the Fine Arts Theatre. Tickets are $49-$59 with discounts for UGA students.

In the grand Russian tradition, the full-length story ballet will feature lushly painted sets, lavish costumes and classic choreography accompanied by the music of Sergei Prokofiev.

In addition to composing masterworks that include seven symphonies and Peter and the Wolf, Prokofiev created scores for two of the greatest ballets of the 20th century, Romeo and Juliet and Cinderella.

Using a scenario by Nikolai Volkov that was based on Charles Perrault’s fairy tale, Prokofiev composed the music for Cinderella between 1940 and 1944.

The ballet premiered Nov. 21, 1945, at the Bolshoi Theatre and was noted for its melodious compositions and jubilant music.

The State Ballet Theatre of Russia’s version of Cinderella was produced and choreographed by Vladimir Vasiliev, a Moscow native and former premier dancer with the Bolshoi Ballet. He was the first dancer to be awarded the gold medal of the world’s best dancer, a distinction later won by Mikhail Baryshnikov.

The State Ballet Theatre of Russia is the touring name of the Voronezh State Theatre of Opera and Ballet, which was established in 1961. The State Ballet Theatre has a company of more than 50 dancers and is recognized as one of Russia’s most distinguished ballet companies with an extensive touring schedule throughout the world. The company returns to Athens where it staged two sold-out performances of Romeo and Juliet at the Fine Arts Theatre in January 2012.

Lisa Fusillo, head of UGA’s dance department, will give a pre-concert lecture at 7:15 p.m. The lecture is free and open to the public.