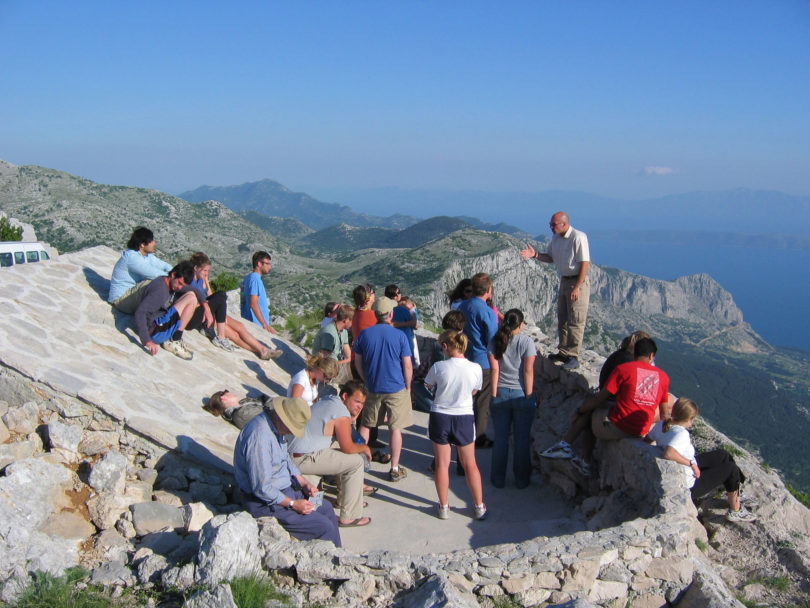 The trip 21 students took to Croatia, Bosnia and Montenegro this summer wasn’t just UGA’s first public health-involved study-abroad program to the Balkan states. It was a rare opportunity for students to immerse themselves in a wide variety of disciplines, such as public health, architectural design, sociology and language. It was also a golden example of collaboration, said Carol Cotton, professor of health promotion and an organizer of the trip.

Cotton knew one of her co-organizers-Rusty Brooks, coordinator of UGA’s Croatian programs-before the trip. She didn’t know the other two-Keith Langston, head of the Germanic and Slavic languages department and James Reap, a public service associate in the School of Environmental Design-until they began planning the trip.

“Collaboration really does work on this campus. The four of us really took a leap of faith. I was thrilled by the results,” she said.

So were the students, who studied, traveled and met with various civic leaders during the trip that lasted May 16-June 7. Scholarships were provided from a $500,000 gift given to UGA in support of its work in Croatia. Lawrence V. and Sarah Mae Phillips of Round Hill, Va., impressed with Langston’s quick translation of an old family letter written in Croatian and inspired by UGA’s history of work in Croatia, gave the gift. They are also Cotton’s parents.

“The program was fantastic,” said Raj Shah, a graduate student in public administration who studied heritage conservation and injury prevention. “We truly were able to study all the objectives laid out in the class with direct field experience. . . Croatia is stunningly beautiful, and it was wonderful to be able to see the country transform as it develops a strong national identity.”

The trip began in Croatia, where students toured the University of Zagreb and heard a lecture from the School of Medicine’s dean. In Croatia, they spent time in cities like Samobor and Split, where they explored the surrounding countryside, parks and ruins.

In Bosnia, students saw the effects of the early 1990s war. In Montenegro, they witnessed a society shaped by years of war and socialist rule.

“We were there as Montenegro took its independent vote,” Cotton said. “We don’t have proof, but we believe we were the very first Americans in newly independent Montenegro.”