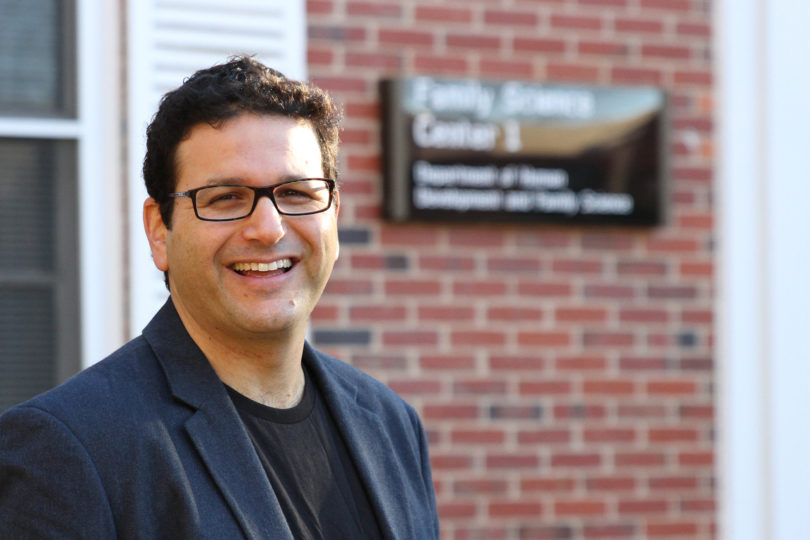 Athens, Ga. – Researchers at the University of Georgia have found links between certain patterns of connections among Facebook friends and drug and alcohol use among college-aged females.

Using network data extracted from the Facebook accounts of 318 female students at UGA, researchers found that the severity of child physical abuse is associated with how central an individual is in her social network, potentially increasing the risk for alcohol abuse.

Assaf Oshri, a developmental psychologist and assistant professor in the human development and family science department within the College of Family and Consumer Sciences, is the study’s lead author. As director of the college’s Youth Development Lab, Oshri studies the links between childhood experiences and the development of risk behaviors in adolescents and young adults.

“If you try to describe the relationship between early child abuse to risk behavior such as substance abuse, it’s interesting to know that online social networks play a role in this mechanism,” Oshri said. “It’s important to note that this is a correlational study, not experimental, so any causal association should not be made out of this data.”

The data extracted from the students’ social networks, with the consent of the user, was mapped to show unique patterns of connections.

“Leveraging social media to understand risk for addiction is a new, emerging frontier,” said James MacKillop, study co-author and director of the Peter Boris Centre for Addictions Research at McMaster University in Ontario, Canada. “Platforms like Facebook provide us with new ways to characterize social networks’ influences on healthy and unhealthy behavior.”

While Oshri noted there are definite limitations to the study, the potential for using online social networks to determine risk and to even create targeted interventions is a possibility.

“We know that there is a link between child abuse and risk behaviors,” Oshri said. “It seems like social media might either buffer or assist with it.”

The study appears in the November issue of the Journal of Studies on Alcohol and Drugs.

Other co-authors are graduate students Josephine Kwon from the Youth Development Lab and Tara Sutton from the UGA department of sociology.

The study, “Childhood Physical and Sexual Abuse and Social Network Patterns on Social Media: Associations With Alcohol Use and Problems Among Young Adult Women,” is available online at http://www.jsad.com/doi/abs/10.15288/jsad.2015.76.845.