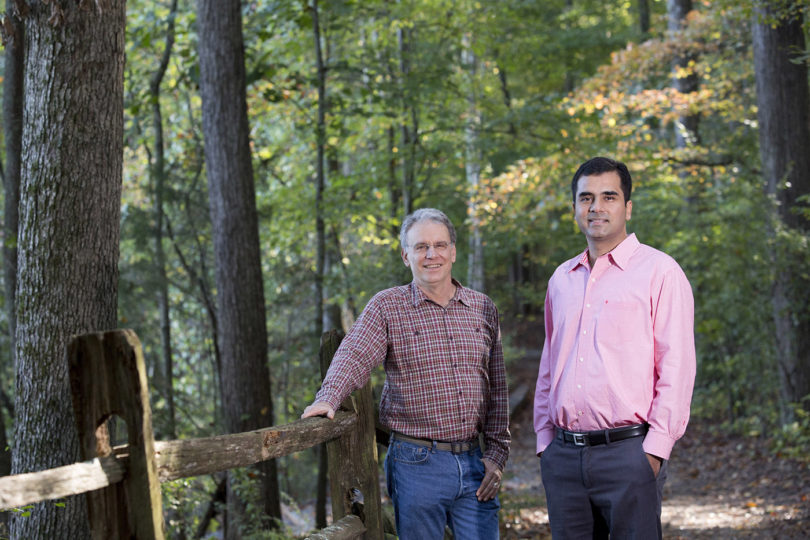 Many Southern African-American forest landowners are not participating in federal assistance programs because of a mistrust of the government, unclear property titles and the inability to pay required upfront costs, a UGA study finds.

About 60 percent of total forestland in the South—244 million acres—is owned by private individuals, called family forest landowners. A number of federal programs, such as the Environmental Quality Incentives Program, are designed to guide and support these landowners to ensure sustainable management of their forestlands.

It is critical to increase participation rates because as much as 90 percent of African-American forest landowners are located in the South, said the study’s lead author Puneet Dwivedi, an assistant professor of sustainability sciences in UGA’s Warnell School of Forestry and Natural Resources.

The UGA study, published in the Journal of Forestry, studied what African-Americans and other stakeholder groups think about these programs. These results are a major advancement to existing understanding about low participation rates, Dwivedi said.

The study was conducted as the U.S. Department of Agriculture, the U.S. Endowment for Forestry and Communities and community-based nonprofits in three rural regions launched pilot projects to increase income and asset value of African-American-owned forestlands and African-American landowner participation in federal forestry and conservation programs.

Dwivedi conducted the study with Warnell doctoral student Arundhati Jagadish and USDA Forest Service Research Forester John Schelhas, with the support of the U.S. Endowment of Forestry and Communities and the U.S. Forest Service Southern Research Station. The researchers held three workshops in North Carolina and South Carolina to study the strengths, weaknesses, opportunities and threats associated with federal landowner assistance programs that could be affecting the participation of African-American family forest landowners.

They analyzed the perceptions from three stakeholder groups: African-American family forest landowners, government employees and nonprofit employees to understand the reasons behind the low participation. Results from these sessions found that:

• All three groups felt that the federal programs must continue to offer professional advice to African-American family forest landowners, particularly as they often have little knowledge or experience in managing forestlands;

• Many African-American forest landowners have what is called “heirs’ property,” which means their land typically has been passed down through the generations without a clear title and therefore are typically ineligible to participate in federal landowner assistance programs;

• An “atmosphere of mistrust” exists between African-American owners and government agencies based on a history of discrimination.