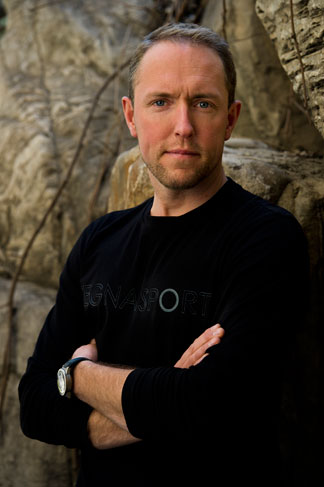 Athens, Ga. – Mattias Klum, Swedish photographer, filmmaker and international conservationist, will deliver the University of Georgia fall 2011 Boyd Lecture on Nov. 11 at 2:30 p.m. in Mahler Auditorium of the Georgia Center for Continuing Education Conference Center and Hotel. His lecture, “The Big Picture: Communicating Conservation in a Complex World,” is free and open to the public.

The Boyd Distinguished Lecture Series, supported by UGA’s Office of the Vice President for Research and the William S. and Elizabeth Boyd Foundation, brings international leaders in science, education and related fields to campus to discuss contemporary issues in education and research.

“I have had the privilege of watching Mattias Klum close-up in the forests of Borneo, and his genius derives from more than just a combination of technical expertise and artistic vision,” said Pete Brosius, director of UGA’s Integrative Conservation Program. “He recognizes that in the 21st century, we have to tell conservation stories differently than in the past. Rather than simply focusing on sublime images of charismatic species and untouched wilderness, Klum’s work compels us to confront the forces that are changing the planet.”

Klum, through his work as a freelance photographer, filmmaker and lecturer, has been a tireless advocate for conservation around the world. His work has appeared in many international publications, including National Geographic, Wildlife Conservation, Audubon, Geo, Terre Sauvage, Der Spiegel and The New York Times. In 1997, he became the first Swede-and then, the youngest photographer ever-to have his work published on the cover of National Geographic. He has since photographed multiple stories for the magazine, notably a 30-page feature titled “Borneo’s Moment of Truth” in November 2008.

Klum has presented more than 2,500 lectures around the world and has been part of the National Geographic Speakers Bureau since 2003. In that same year, he co-founded the communications agency Tierra Grande, and in 2007, he helped to establish Tierra Grande Publishing and the non-profit Terra Magna Foundation. Today, he is increasingly involved in developing multidisciplinary platforms and awareness campaigns with globally recognized organizations to support key environmental, sustainability and humanitarian initiatives.

His recent and ongoing projects include Expedition Sweden, a five-year environmental and inspirational project for young adults in Sweden, and the Baltic Sea Media Project, which will culminate in a feature-length documentary film in 2017. In 2011, Klum released two new films: The Testament of Tebaran, a Penan elder’s plea to end deforestation in Borneo, and The Coral Eden, part of the Project Oceans initiative to alleviate overfishing and protect endangered marine species. His eleventh book will be published in 2012.

Klum’s advocacy on behalf of biodiversity earned him a medal from the King of Sweden and nomination as a 2008 Young Global Leader of the World Economic Forum. In 2010, he was named Senior Fellow of the Stockholm Resilience Centre and a National Geographic Fellow, in which he supports ongoing National Geographic Mission Programs, focusing on critical biodiversity and conservation issues. He also is a Fellow of the Linnean Society of London, a member of the Board of Trustees of the World Wide Fund for nature of Sweden and was recently named Goodwill Ambassador for the International Union for Conservation of Nature. His photographs won first place in Pictures of the Year International, and he has twice been chosen to serve on the jury of World Press Photo.