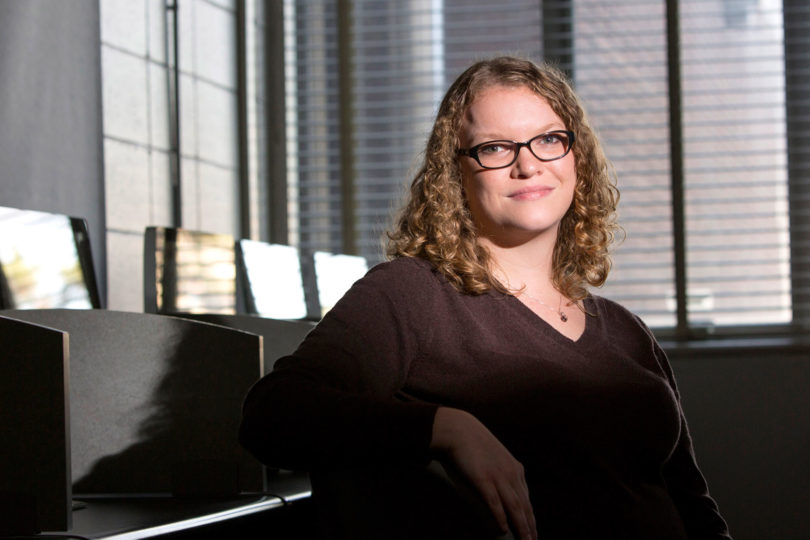 Working at UGA is a family affair for Jenna Bell, an information technology associate in the Franklin College of Arts and Sciences. Her mother, Beth Hamilton, worked in Enterprise Information Technology Services, her stepfather, Don Hamilton, was the director of IT in the College of Agricultural and Environmental Sciences, and one of his employees—who ultimately became her husband, Joshua Bell—now works as a systems administrator assistant in the same college.

Bell didn’t originally want to follow in her parents’ footsteps, choosing instead to study archaeology for a time as an undergraduate student at UGA. The self-described “terrible student” didn’t finish that degree, but it helped her decide to make the switch to a technology-focused career.

“Living by myself after UGA, I was tired of working in restaurants and wanted a more stable job,” Bell said. “My mom taught me IT, so I always had that knowledge in the back of my mind.”

She decided it made sense to pursue a career in computer support and rededicated herself to her studies, ultimately graduating with honors from Athens Technical College in 2010.

After earning her computer support degree, Bell worked at an Athens IT company for three years before landing her current job at the university.

“Every single day, you fix things over and over again,” Bell said. “That’s what keeps me here, that and the clients. I like solving people’s problems and making them happy.”

But Bell’s interest in fixing problems doesn’t end when the clock strikes 5 p.m. When she found a stray, malnourished dog stranded at a lake on a trip back from north Georgia, she didn’t hesitate to pop the dog in her car and head home with him.

“Skin and bones, he was trying to eat out of wildlife-proof trashcans in the pouring rain,” Bell said. “The pads on his feet were all messed up. We’ve had him for about three years now, and he’s turned into a pretty relaxed dog.”

Named for the lake where Bell found him, Russell used to be pretty frenetic from trying to survive on his own in the wild for weeks, but now the dog is Bell and her husband’s constant companion on hikes, one of Bell’s passions.

“I love walking up mountains,” she said. “I want to get as high up as possible because I think that’s just the most interesting view—being able to see everything from above.

For example, in Athens, if you go to the top of a building and look around, it’s like a completely different perspective of the entire city. I just love heights.”