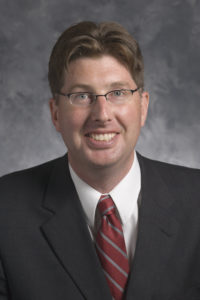 A research paper by Terry College of Business management professor Scott Graffin received the 2019 Award for Scholarly ­Contribution from Administrative Science Quarterly, a top five journal in the field of ­management.

The paper, “Falls from Grace and the Hazards of High Status: The 2009 British MP Expense Scandal and Its Impact on Parliamentary Elites,” won the award, which is annually presented to the paper judged to have the greatest scholarly impact during the past five years.