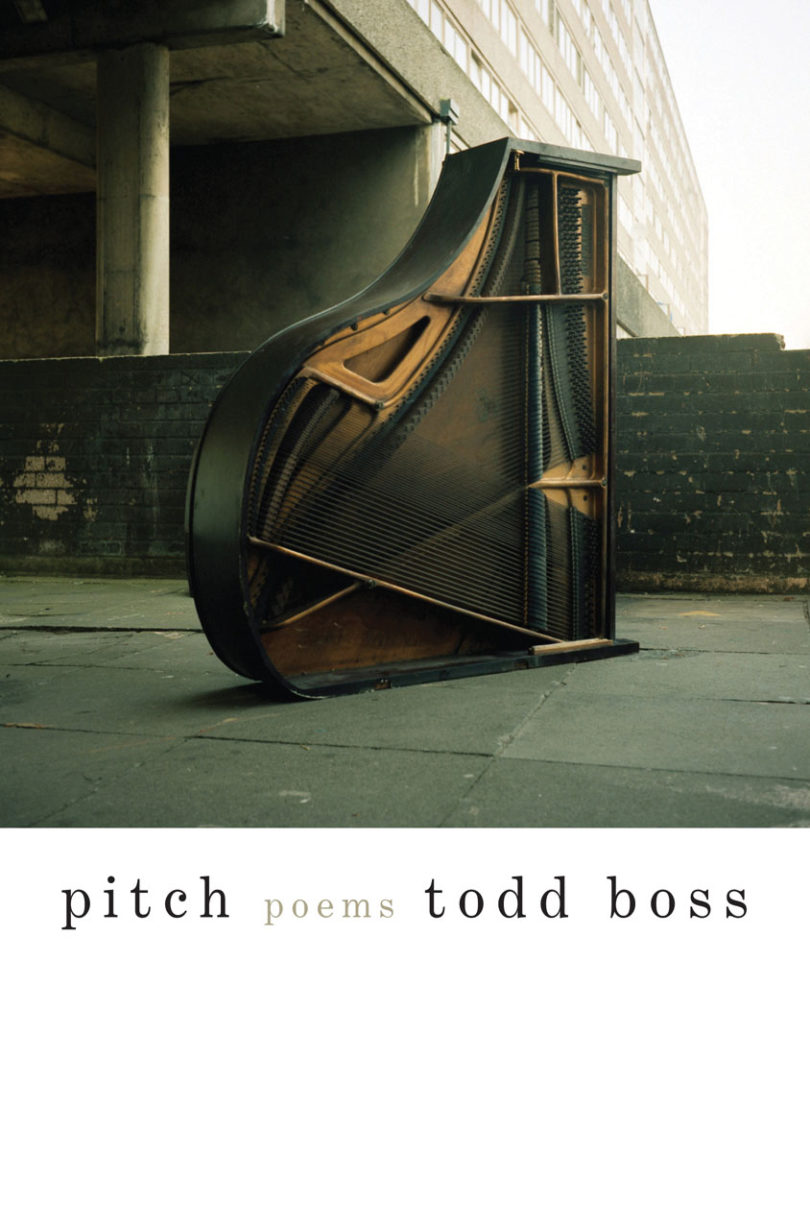 'Pitch' is a collection of poems by Todd Boss.

Poetry circuit readings are sponsored locally by The Georgia Review, which was founded at UGA in 1947 and is one of the nation’s premier literary quarterlies. The event is free and open to the public.

Boss grew up on an 80-acre cattle farm in Wisconsin. His debut poetry collection, “Yellowrocket” (W. W. Norton, 2008) will be followed next month by “Pitch,” also from Norton. His poems have appeared in the Georgia Review, Poetry, the London Times, the New Yorker and Best American Poetry. Boss’s libretto “Panic,” a verse retelling of Knut Hamsun’s “Pan,” will premiere this winter.

He is a co-founder of Motionpoems, a new poetry film initiative now developing a dozen poetry films in collaboration with Scribner’s Best American Poetry 2011. He lives in Saint Paul, Minn., with his wife and children.

Fallis’ poems have appeared in publications such as Ploughshares, the Oxford American, the Iowa Review, Quarterly West and RealPoetik and in the anthologies “Blues Poems” and “The Art of Losing.” He has held a residency in poetry at the Vermont Studio Center and was recently nominated for a 2011 Pushcart Prize.

Books by Boss will be available for sale at the event courtesy of Byhalia Books.