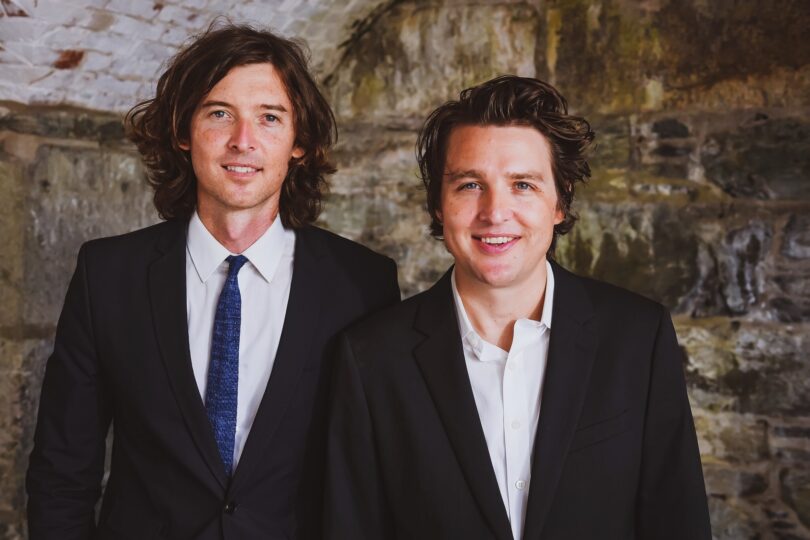 Joey Ryan and Kenneth Pattengale make up the three time Grammy Award winning duo The Milk Carton Kids who will be performing on April 14 (Submitted Photo).

Evocative lyrics, ethereal harmonies and intricate musicianship have launched the guitar-playing California duo The Milk Carton Kids into the upper echelon of influencers in modern American folk music. The band’s 2013 debut album, “The Ash & Clay,” pushed Joey Ryan and Kenneth Pattengale into the national spotlight and earned them the first of three Grammy Award nominations.

“The Only Ones,” the group’s most recent record, finds Ryan and Pattengale performing a stripped-down acoustic set without a backing band. On “The Only Ones,” the pair returns to the core of what they are about musically: the duo. On April 14 at 7:30 p.m., they make their UGA Presents debut at Hodgson Concert Hall.

In 2019, Ryan and Pattengale hosted the 18th annual Americana Honors & Awards for the second year in a row, and the group’s Grammy nominations are Best Folk Album in 2013 (“The Ash & Clay”), Best American Roots Performance in 2015 (“The City of Our Lady”), and Best Engineered Album, Non-Classical, in 2018 (“All the Things That I Did and All the Things That I Didn’t Do”).

Critically acclaimed singer-songwriter Michaela Anne opens this concert with material from her most recent album, “Desert Dove.” The album has received national praise from a multitude of outlets that include Billboard, Rolling Stone Country, NPR, Paste Magazine, Wide Open Country, Brooklyn Vegan, Albumism, Associated Press, No Depression, The Bluegrass Situation and The Boot. Regionally, she has appeared in print in Nashville Scene and Nashville Lifestyles, which said, “The classic country-style songs sound as if they’re being sung from an expansive cave or a massive honky tonk … the effect is a group of acoustic songs with the brevity of country songwriting and the capricious intensity of indie rock.”