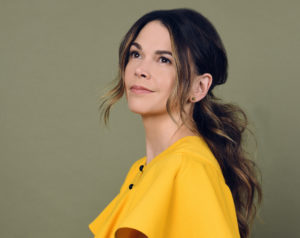 UGA Presents is bringing two-time Tony Award winner Sutton Foster to Athens on Sept. 28 for An Evening with Sutton Foster. The Georgia native and former Athens resident will perform music from Broadway and the American songbook in a 7:30 p.m. Hodgson Hall concert.

Foster currently stars in the TV Land series Younger, which was recently picked up for a seventh season. She is the winner of two Tony Awards for best performance by a leading actress in a musical for Thoroughly Modern Millie in 2002 and Anything Goes in 2011.

Her other Broadway credits include Violet, Shrek, Young Frankenstein, The Drowsy Chaperone, Little Women,  Les Misérables, Annie, The Scarlet Pimpernel and Grease. In addition to Younger, she has appeared on television in Gilmore Girls: A Year in the Life, Bunheads, Elementary, Psych, Royal Pains, Law & Order: SVU, Flight of the Conchords and Sesame Street.

Her albums include Take Me to the World, Wish and An Evening with Sutton Foster: Live at the Café Carlyle.

Tickets for An Evening with Sutton Foster start at $55 and can be purchased at the Performing Arts Center box office, online at pac.uga.edu or by calling 706-542-4400. A limited number of discounted tickets are available to current UGA students for $10 with a valid UGA ID (limit one ticket per student).

Hodgson Hall is located in the UGA Performing Arts Center at 230 River Road in Athens.