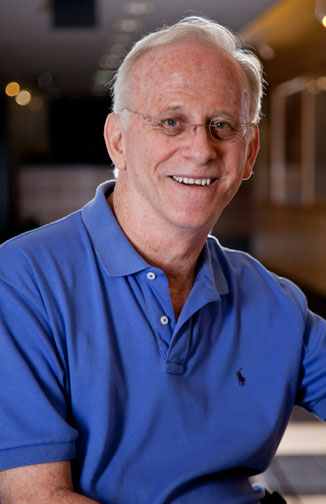 Athens, Ga. – James H. Shepherd Jr., chairman of the Shepherd Center in Atlanta, will be the speaker for the University of Georgia fall 2011 undergraduate Commencement exercises Dec. 16 at 9:30 a.m. in Stegeman Coliseum.

During the ceremony, the university will award Shepherd, along with his parents, J. Harold and Alana Shepherd, honorary degrees for their philanthropic commitments and contributions to UGA and the state of Georgia.

Later in the day, Sylvia McCoy Hutchinson, professor emerita of reading education at UGA, will speak at the graduate Commencement exercises at 2:30 p.m., also in Stegeman Coliseum.

A 1973 UGA business graduate, Shepherd leads the country’s largest catastrophic care hospital, which specializes in the treatment of people with spinal cord injuries, acquired brain injuries, multiple sclerosis, other neurological disorders and urological problems. A native of Atlanta, Shepherd experienced a near-fatal bodysurfing accident after graduating from UGA, which led to the founding of the Shepherd Center two years later.

Currently, Shepherd divides his time between the Shepherd Center and other family businesses. He is chairman, CEO and treasurer of the Plant Improvement Co. and vice president of Shepherd Construction Co. Inc. He remains actively involved on a national level in advocating for people with disabilities.

Shepherd has served as a director of the National Rehabilitation Awareness Foundation. In addition, he has served on the board of directors of Georgia Tech’s Center for Rehabilitation Technology and the Governor’s Spinal Cord and Brain Injury Trust Fund Authority. He also serves on the steering committee for the First Presbyterian Church, which has led an Interfaith Conference on Disability Awareness. He was a board member of Initiative 2000, a celebration of the 10th anniversary of ADA, and was a member of the 1996 Atlanta Paralympic Organizing Committee. He has volunteered on the accessibility advisory committees of the Metropolitan Atlanta Rail and Transit Authority, Hartsfield-Jackson International Airport, the Georgia World Congress Center and the Georgia Dome.

An emerita faculty member in UGA’s Institute of Higher Education, Hutchinson first arrived on campus as an undergraduate student in 1960. During the next 15 years, she earned her bachelor’s and master’s degrees, both in elementary education, and a Ph.D. in reading education from UGA.

After teaching at Southwest Texas State University for three years, Hutchinson returned to UGA as an assistant professor in 1978, where she remained until her retirement in 2002. During her tenure, she served as coordinator for a number of UGA faculty support and development programs, including postdoctoral teaching and peer consulting.

Hutchinson continues to serve the university, working with the 20 Emeriti Scholars who mentor students in The Coca-Cola Foundation’s First Generation Scholarship program on campus. The mentors volunteer their time to help the first-generation students navigate the university system. In addition, she serves on boards of a variety of organizations, including UGA’s Graduate Development program, the Education and Law Consortium, the Athens Tutorial Program and Georgia Voyager magazine.

Trey Sinyard of Athens will be the student speaker during the undergraduate exercises. Sinyard will receive dual bachelor’s degrees in finance and biochemistry and molecular biology.

Students who complete degree requirements at the end of the fall 2011 semester will be eligible for the Commencement ceremonies. The number of students eligible to receive degrees will not be known until grades are completed for the fall semester. Tickets will be required for attendance at the undergraduate ceremony, with six being provided to each graduating student. Both ceremonies will be broadcast live on channel 15 of the university and Charter cable systems and streamed live at http://uga.edu.

An image of Shepherd can be downloaded at http://multimedia.uga.edu/media/images/Shepherd_James.jpg.

An image of Hutchinson can be downloaded at http://multimedia.uga.edu/media/images/Hutchinson_Sylvia.jpg.