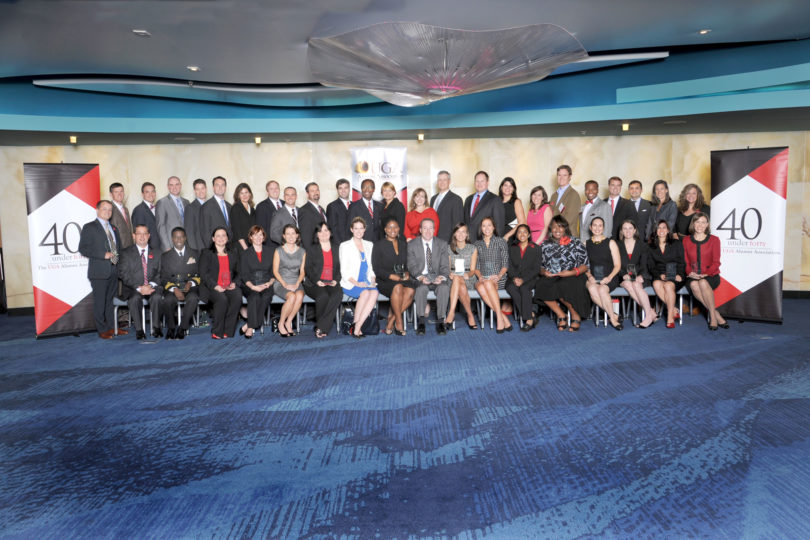 Athens, Ga. – The University of Georgia Alumni Association has announced the 40 Under 40 Class of 2013. The group of young alumni will be celebrated at an awards luncheon Sept. 19 at the Georgia Aquarium.

Selected from a nominee pool of approximately 500 graduates, the program recognizes 40 outstanding UGA alumni under age 40.

Criteria for the 40 Under 40 program include the graduates’ commitment to a lifelong relationship with UGA and their impact in business, leadership, community, artistic, research, educational and/or philanthropic endeavors.

Nominations were accepted from February through April. Several university administrators comprised the selection committee that reviewed each nominee.

“The 40 Under 40 program is important because it helps foster lifelong relationships between recent graduates and celebrates alumni who, at a young age, have found great success in their personal and professional endeavors,” said Deborah Dietzler, executive director of alumni relations. “We are excited to share these outstanding individuals with the world.”

This year’s 40 Under 40 Class honorees, their graduation year, city, title and organization are: