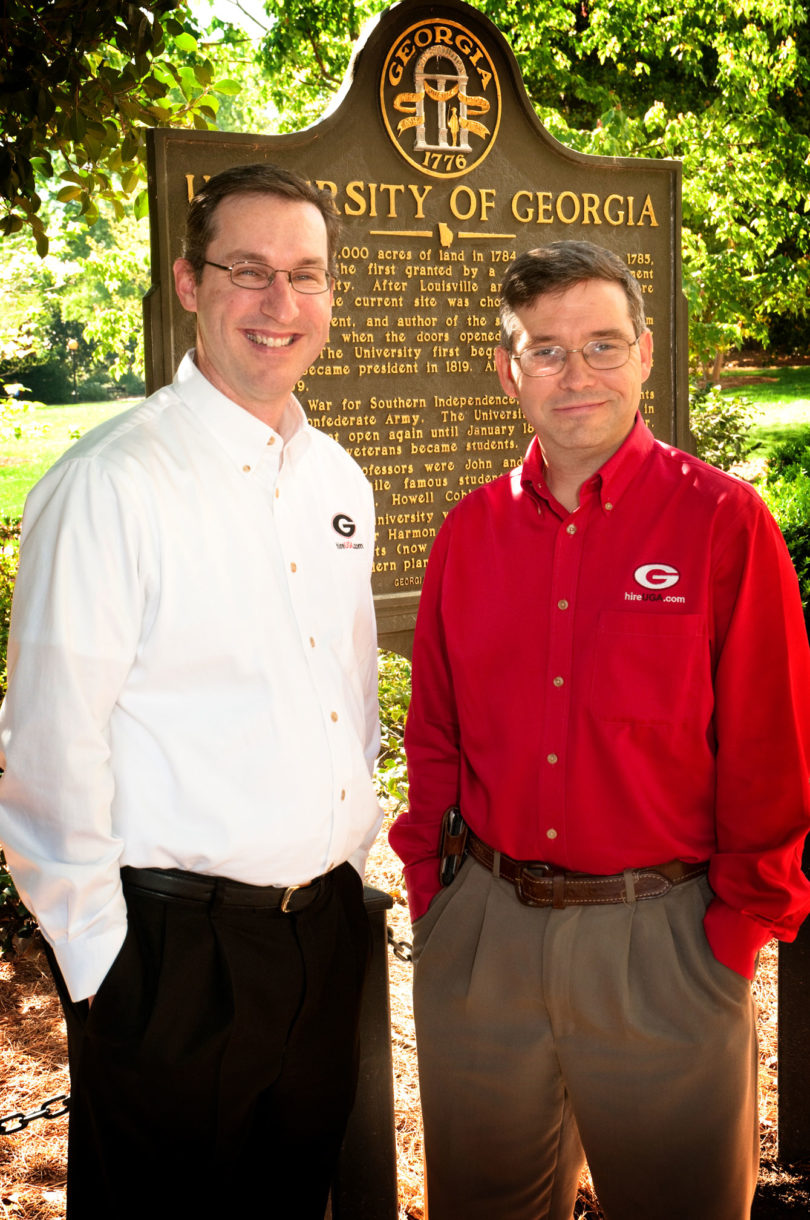 Athens, Ga. – The University of Georgia Career Center has received the Outstanding Achievement Award for Innovative Programs in the College Career Services Field from the Chevron Corporation and the National Association of Colleges and Employers. Called the Chevron Award, it is given in recognition and honor of a university for the development of a groundbreaking program in career services.

Through the design of mobile web systems, two iPhone apps and the use of social media, UGA’s Career Center employed a “Wherever, Whenever and Whatever” integrated strategy to provide students relevant career information while engaging them across a range of emerging technologies. According to a recent article in the Chronicle of Higher Education, “As the Web Goes Mobile, Colleges Fail to Keep Up,” half of all college students used mobile gear to get on the Internet every day last year, compared with 10 percent of students in 2008.

“Because today’s college student is accustomed to a world where information, services and resources are as close as his or her phone, we have extended our capability to reach students via mobile technology,” said Scott Williams, executive director of UGA’s Career Center. “Our objective was simple: for UGA students to have access to career program and career content ‘wherever’ they are (class, home, campus or in transit), ‘whenever’ they need it (career fairs and onsite interviews) and by using ‘whatever’ technology (laptop, iPhone, iPad, Android Device, Blackberry) that is available to them.”

Williams said the project was initiated to extend the Career Center’s reach while allowing students to self-service some of their career-related needs. When programs, career fairs, appointments and campus interviews are taken into account, the Career Center interacts with 10,000 unique students annually, while repeat visitors account for 40,000 aggregate student contacts. By implementing these new technology strategies, information can be provided using methods that were consumer desired and customer friendly.

“By recognizing the need for mobile access to career content and developing an integrated mobile system and strategy, the UGA Career Center has established itself as a technology innovator among students, faculty and employers,” said Tom Landrum, senior vice president for external affairs.

Specific technologies developed by the Career Center include:

· Student/Alumni Website-www.career.uga.edu-was launched in September 2011. In the fall 2011 semester, the site had 198,393 visits (9,492 per week), 475,576 page views and 2.4 pages per visit. Of the visits, 40 percent were new and 60 percent were returning users.
· Employer Website-www.hireUGA.com-was developed using the same technology as the student site and was launched in January 2012.
· Mobile Apps-http://career.uga.edu/studentapp-features DAWGlink integration, which allows students to sign up for campus interviews, apply for jobs, view career fair participants and more. The employer app-http://www.career.uga.edu/employers/hireugaiPhoneapp.html-features logistical information for career fairs, campus interviews and information sessions, as well as directions, lodging and dining information. Both apps have social media integration links. In addition, a universal mobile Web app allows non-Apple users access. More than 9,000 mobile devices accessed the Career Center website in fall 2011.
· Social Media-the Career Center Twitter feed currently has the second largest following among all career centers nationwide, with 4,164 followers. In addition, the Facebook page has more than 2,000 followers, and the LinkedIn group has over 18,000 members.

“Darin Parker, our Career Center Web and mobile app developer, along with the support of career center staff, has done a tremendous job creating a technological infrastructure to support the Web 2.0 systems that students are accustomed to using every day-systems such as Gmail, Twitter and Facebook,” said Williams.

The award will be presented at the NACE annual conference in June in Las Vegas. In addition, UGA’s Career Center will be profiled in the September issue of the NACE Journal. For more information about the NACE Chevron Award, see http://www.naceweb.org/Awards/Chevron/NACE_Chevron.aspx.