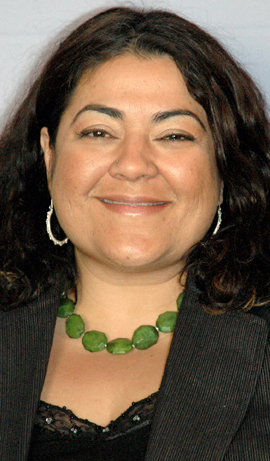 Athens, Ga. – University of Georgia counseling professor Anneliese Singh has received a national award for her work in group counseling.

Singh, an assistant professor in the College of Education’s department of counseling and human development services, received the Group Work Practice Award-Early Career from the Association of Specialists in Group Work, a division of the American Counseling Association.

Singh also received a Presidential Recognition Award for her work as the chair of the ASGW Diversity and Human Rights Committee on developing Social Justice and Multicultural Competencies for Group Workers.

Singh has received several awards in recent years for her counseling work on lesbian, gay, bisexual and transgender issues. Last fall, she received the 2010 Award for a Significant Contribution to Social Justice and Advocacy by the Division 17 Section for lesbian, gay, bisexual, and transgender issues.
Singh also received an award for Outstanding Publication in the section for Supervision and Training from an article she co-authored with Kirstyn S.K. Chun entitled, “From the margins to the center: Moving towards a resilience-based model of supervision for queer people of color supervisors.” The story was published in Training and Education in Professional Psychology in 2010.

A year ago, Singh received the Presidential Service Award from the Association for Lesbian, Gay, Bisexual, & Transgender Issues in Counseling, which recognized her leadership and service as president of the association from 2007 to 2010.

During her presidency, Singh led several initiatives focused on transgender individuals and queer people of color, populations that are often marginalized within the LGBTQ community. She also initiated the creation of the ALGBTIC Competencies for working with Transgender Individuals in Counseling, which were approved by both the ALGBTIC Board and the Governing Council of the American Counseling Association.

Singh received her most recent awards at the ASGW luncheon at the ACA conference in New Orleans this spring.

Singh joined the UGA faculty in 2007. She received her Ph.D. in counseling psychology from Georgia State University.