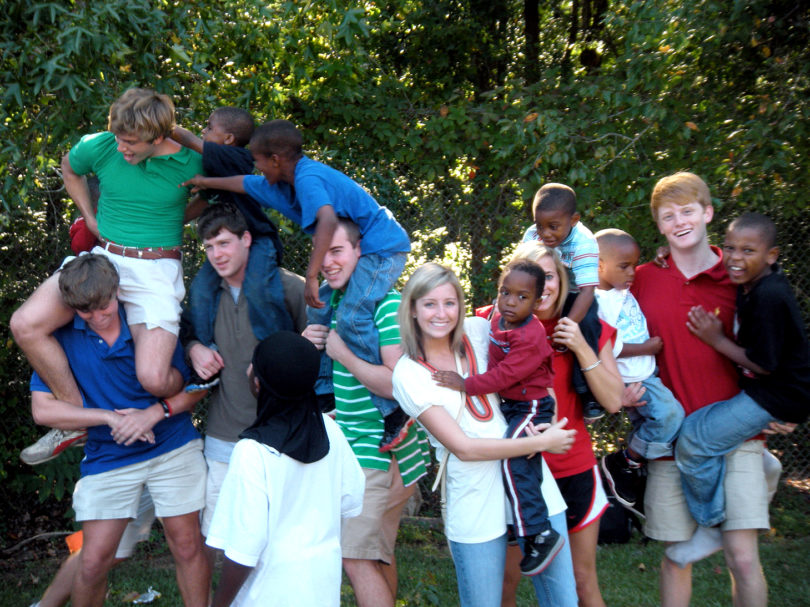 Athens, Ga. – The holidays are a traditional time of giving, and the University of Georgia’s national Greek-letter men’s and women’s organizations take the opportunity each year to mobilize their memberships for community benefit.

This year, fraternities and sororities are undertaking more than 55 philanthropic efforts to benefit individuals and local, regional and national charities.

“The broad student participation in Greek organizations can have significant impact on the non-profit community,” said Claudia Shamp, director of the UGA Greek Life Office.

Preliminary figures show that 6,351 undergraduates are participating in Greek organizations this fall semester, representing 24 percent of the undergraduate student population. Thirty-four of the 61 Greek chapters have reported philanthropic events to coincide with the holiday season.

Seven organizations have “adopted” local families to provide gifts and food for the holidays, and 35 sororities and fraternities are supporting underprivileged youth by collecting toys, books, clothing and food. Multiple sororities and the Panhellenic Council executive board are participating in the Salvation Army Angels program to provide holiday necessities for local children.

While some chapters focus on meeting the needs of individual families and children, others plan large-scale events to support local non-profit agencies. Alpha Gamma Rho fraternity recently collected more than 6,000 pounds of food for the Athens Food Bank during its annual “Night in the Cold” event.

Fraternities and sororities also commonly partner for larger holiday philanthropic events. Phi Gamma Delta fraternity raised $12,000 for Children’s Healthcare of Atlanta and Sigma Nu fraternity raised $10,000 for the American Heart Association during this year’s “Gameball Run,” in which members ran a football from Athens to Atlanta in advance of the Georgia-Georgia Tech game.

“Philanthropy is an important component of all our Greek organizations, and their commitment to fundraising and community service typically garners outstanding results,” Shamp said.

The Greek Life Office is a unit within the UGA Division of Student Affairs. For more information, see http://greeklife.uga.edu.