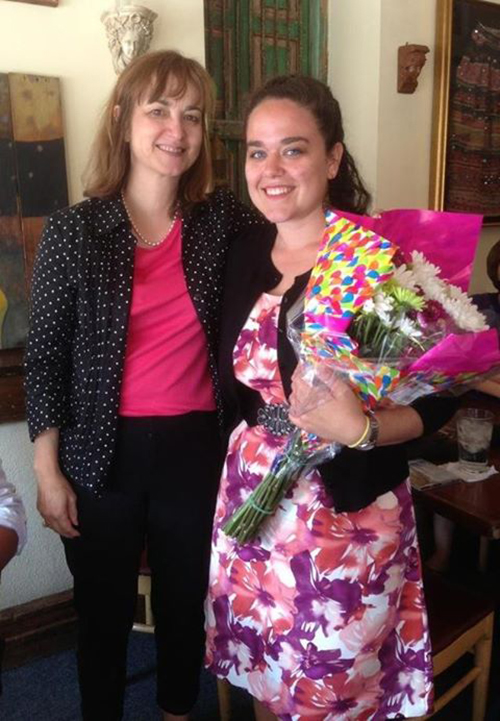 Athens, Ga. – University of Georgia doctor of musical arts student Lauren Hunt took first prize Sept. 1 in the International Horn Competition of America’s university division. Hunt, who began her studies this fall in the Hugh Hodgson School of Music, competed against 53 other hornists for the title.

The International Horn Competition of America was founded in 1975 to promote higher performance standards for domestic hornists. In time, its mission expanded to include international artists who compete every other year in the event’s professional and university divisions. This year’s competition, held on campus at Kentucky’s University of Louisville, included performers from 21 states and 10 countries.

“Everyone hopes to win at competitions like this, but my main goal was to make it past the first round,” Hunt said. “Once I had accomplished that, I simply made it a point to have fun and enjoy playing my instrument. I think that’s a big reason why I performed as well as I did.”

“The scope of this competition is huge,” said Jean Martin-Williams, a professor of horn in the Hodgson School since 1990. “In terms of size and prestige, it’s really the only event of its kind in the horn community.”

Martin-Williams, who instructs university horn students alongside Atlanta Symphony Orchestra hornist and 1987 IHCA winner Richard Deane, said she is looking forward to working with Hunt in the coming years.

“All of us in the brass area are excited to have Lauren onboard,” Martin-Williams said. “In her audition, we heard not just great horn playing but great musicianship. She began her undergraduate studies as a cellist—she actually plans on her doctoral minor being in cello—and I think she brings a lot of that to her playing, a real dedication to phrasing that string players possess.”

“I’m so thankful to be in an environment as supportive as the Hodgson School,” Hunt said. “It’s going to allow me to continue to develop as a musician and to continue pursuing a lot of the competitions, auditions and projects that I’m passionate about.”