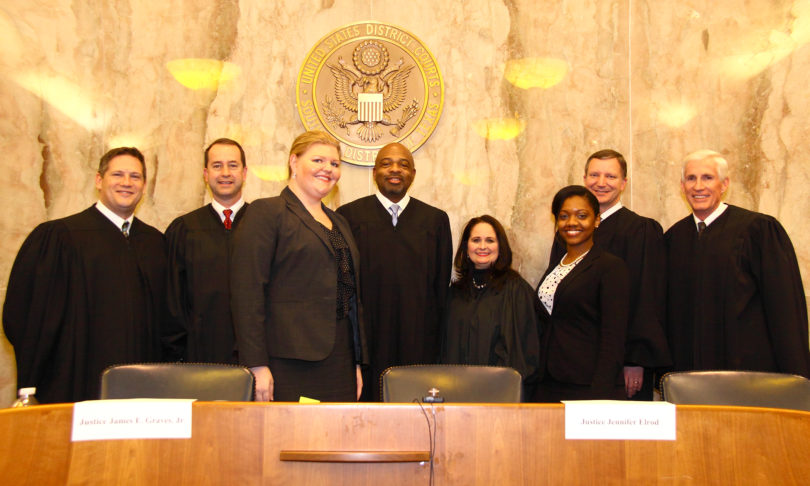 The UGA School of Law captured the top trophy at the Andrews Kurth Moot Court National Competition. The team along with competition judges include: (from left) Texas Supreme Court Justice Jeffrey S.Boyd

Athens, Ga. – This past weekend, the University of Georgia School of Law captured the top trophy at the Andrews Kurth Moot Court National Competition. This invitation-only tournament had the top 16 moot court programs from law schools across the country, based on performances during the 2012-13 academic year, competing in an elite environment.

Georgia Law Director of Advocacy Kellie Casey said the Georgia Law team beat the South Texas College of Law, which has been considered the top moot court program in the country for several years, twice in the tournament. “With South Texas winning the tournament’s best brief award, they had the advantage in both rounds where we faced them,” Casey said. “We feel like our trophy is even bigger since we had to defeat that team twice. They have an excellent program!”