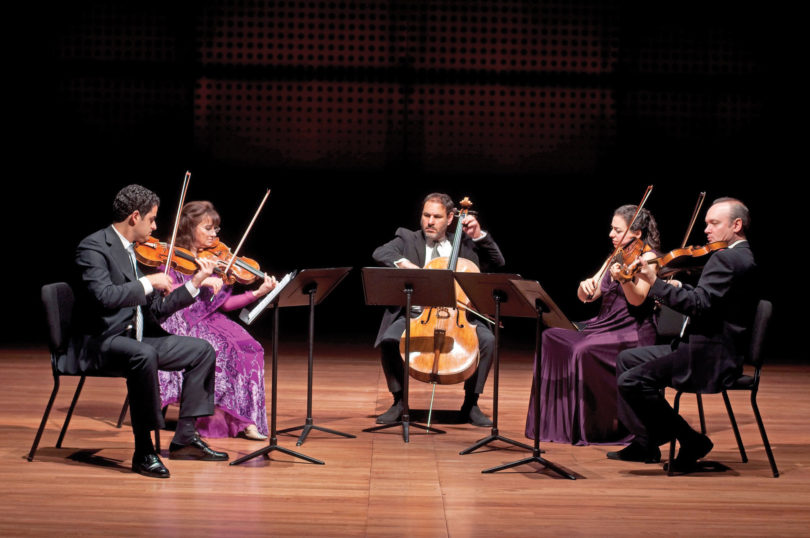 Finckel and Han serve as co-artistic directors of the Chamber Music Society of Lincoln Center and rank among the most esteemed and influential classical musicians in the world today. The husband-and-wife duo launched ArtistLed, classical music’s first musician-directed and internet-based recording company, whose catalogue of 13 albums has won widespread critical acclaim, including BBC Music Magazine’s Editor’s Choice Award. They are also the founding artistic directors of Music@Menlo, a chamber music festival and institute in Silicon Valley, and were named the 2012 Musicians of the Year by Musical America.

The Chamber Music Society is one of 11 constituents of New York City’s Lincoln Center for the Performing Arts, the largest performing arts complex in the world. CMS presents chamber music of every instrumentation, style and historical period in its extensive concert season in New York, its national tours, its many recordings and radio broadcasts and its comprehensive educational programs.

While in Athens, members of CMS will offer master classes for UGA School of Music students as part of the Performing Arts Center’s Outreach and Education Program.

The performance underwriters are John A. Maltese, Onofre and Ligaya Paguio, and Sue Fink in memory of Conrad Fink.