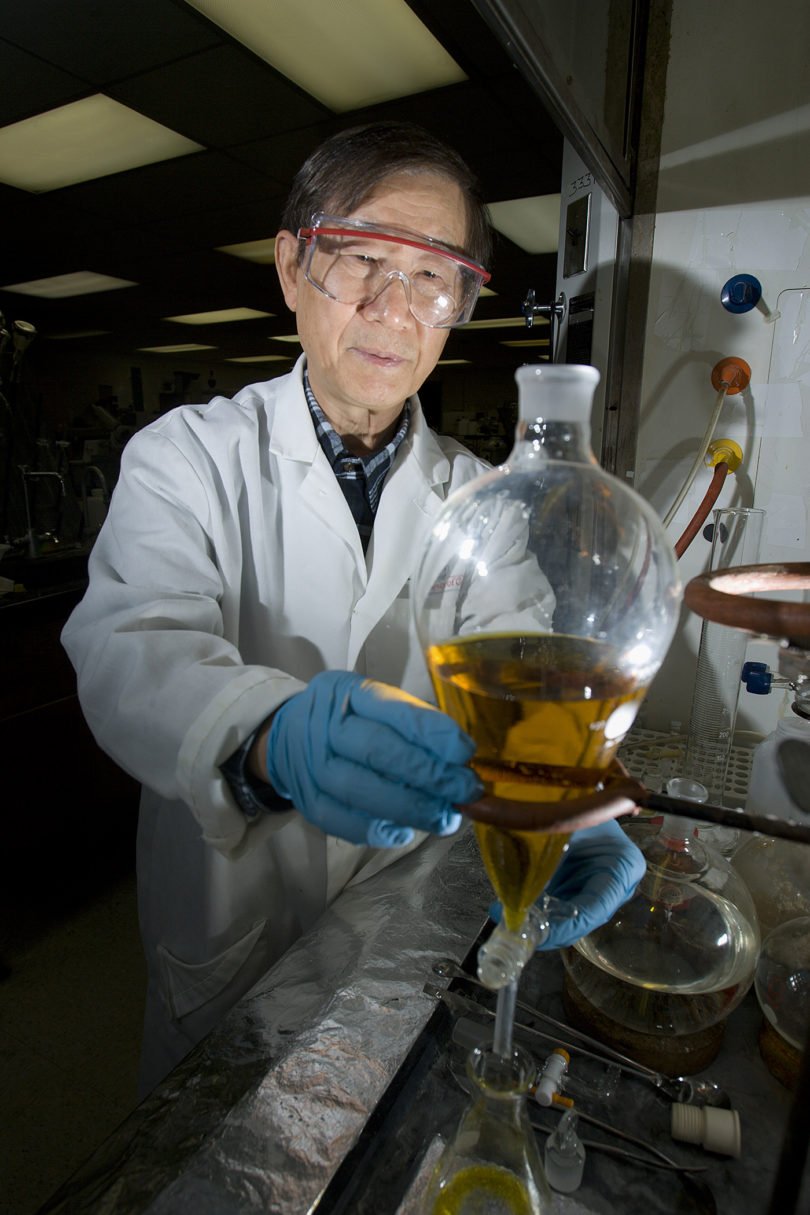 Athens, Ga. – The University of Georgia’s David Chu, a distinguished research professor emeritus in the College of Pharmacy, recently received the John A. Montgomery Award at the XXI International Round Table of Nucleosides, Nucleotides and Nucleic Acids in Poznan, Poland.

The John A. Montgomery Award is given biannually to an outstanding scientist in recognition of a scientific contribution in the area of nucleosides, nucleotides and nucleic acids that results in significant advances in chemotherapy.

Montgomery was a legendary medicinal chemist at the Southern Research Institute who contributed to the discovery and development of anticancer and antiviral agents with significant clinical efficacy. He received the Hall of Fame Award of the Medicinal Chemistry Division of the American Chemical Society in 1986. At least five Food and Drug Administration-approved anticancer drugs are in his credits.

In 1982, Chu joined the College of Pharmacy faculty and established a vigorous drug discovery program. He retired from UGA in 2008 but as a professor emeritus has maintained an active research program in drug discovery of antiviral agents for HIV, hepatitis B and C virus, Varicella zoster (shingles) virus and others. His research program in anticancer and antiviral agents, which is mainly supported by the National Institutes of Health as well as by several pharmaceutical firms, has resulted in at least six clinical candidates. One of those candidates, Clevudine, has been used clinically in the treatment of chronic hepatitis B virus infections.

Since 1987, Chu has been a principal investigator for research programs that have been continuously supported by the NIH. During this period, he has trained 22 graduate students and 112 postdoctoral fellows at the university. He has published 314 peer-reviewed scientific papers and has held 53 U.S. patents.

Chu has received numerous recognitions: at UGA, the Distinguished Research Professorship, Creative Research Medal and Inventor of the Year Award; from outside agencies, the Millikan-Reeve Professor of Pharmacy, American Chemical Society (Northeast Georgia Section) Chemist of the Year, Marquis Who’s Who in the World, NIH Merit Award and Elected Fellow of the American Association for the Advancement of Science.

He also has served in various capacities in pharmaceutical firms as well as academic institutions, including co-founder and chair of Pharmasset’s Scientific Advisory Board, co-founder and member of ATEA Pharmaceuticals’ Scientific Advisory Board, a national board member of Florida A&M University’s College of Pharmacy, a Dean’s Advisory Council member of Idaho State University’s College of Pharmacy and as an NIH advisory committee member.