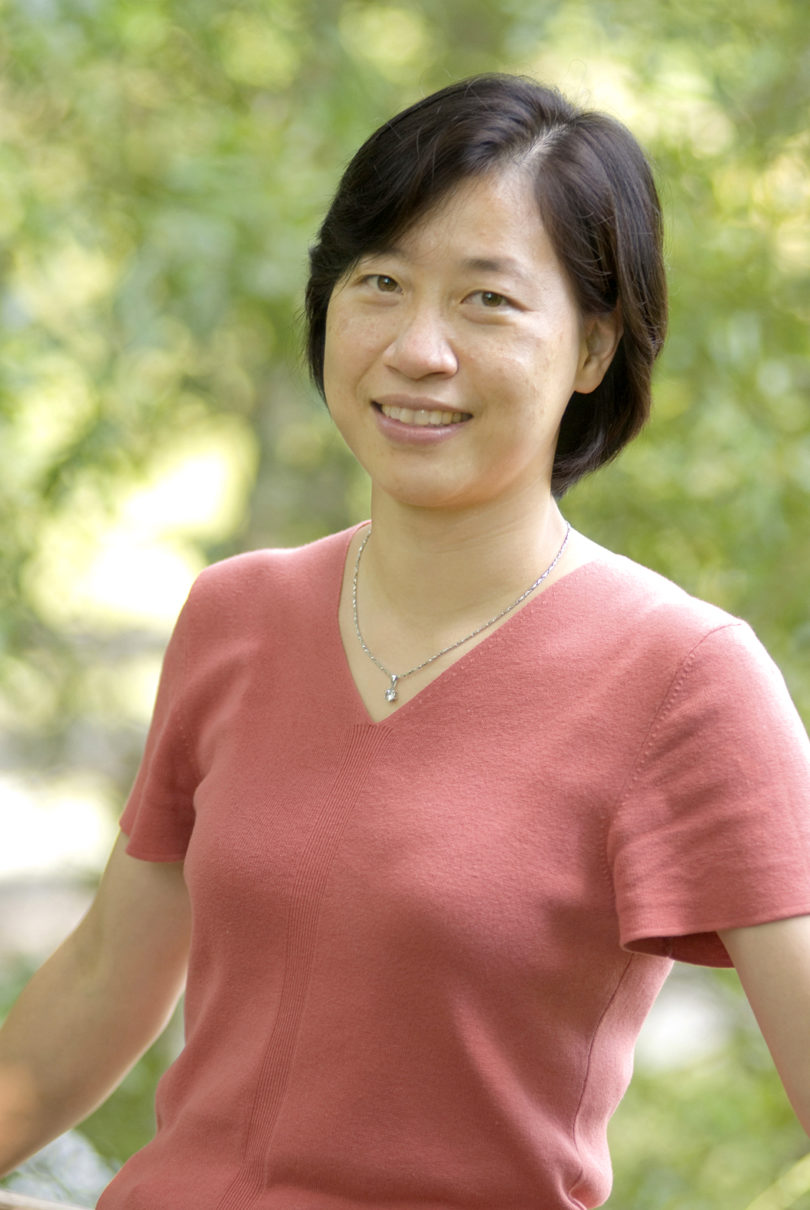 Athens, Ga. – University of Georgia plant genetics researcher Chung-Jui Tsai has been named an International Academy of Wood Science fellow, one of the highest honors given by the academy for scientists in this field of study.

Fellows elected by the academy are recognized for their high scientific standards and active engagement in wood science research.

Tsai is the Winfred N. “Hank” Haynes Professor in forest biotechnology in the UGA Warnell School of Forestry and Natural Resources and also a Georgia Research Alliance Eminent Scholar with a split appointment in the department of genetics. Her work focuses on creating high-yielding trees for use in biofuel. She dissects the molecular mechanisms that affect tree fitness and biomass productivity.

She and her research partner, Scott Harding, have won several noteworthy grants since joining UGA in 2008, including two from the U.S. Department of Energy to study ways to increase tree productivity by genetically modifying proteins critical to wood formation and stress tolerance, two necessary traits for using trees as biofuel feedstock.

“It’s truly an honor to be recognized by this elite group of scientists, many of whom I have always admired myself,” Tsai said.

Past fellows from the Warnell School include professor Jeff Dean and former professor Laurie Schimleck.

Tsai has conducted innovative research that has shed new light on the relationship between gene duplication and alternative splicing. She and co-researchers have recently discovered a way to increase the salicylic acid found in plants-critical to a plant’s defenses against disease, temperature, drought and a number of other stresses-without affecting its growth, a hurdle other researchers have been attempting to overcome for years.

A native of Taiwan, Tsai has a doctorate in forest science from Michigan Technological University, where she taught for 11 years in the School of Forest Resources and Environmental Sciences. She also was director of the interdisciplinary Biotechnology Research Center at MTU from 2002 to 2007.

The International Academy of Wood Science was founded in 1966. The non-profit assembly of wood scientists promotes the development of the field by recognizing outstanding work done by wood researchers and promoting a high standard of study. For more information about the academy, see iaws-web.org.