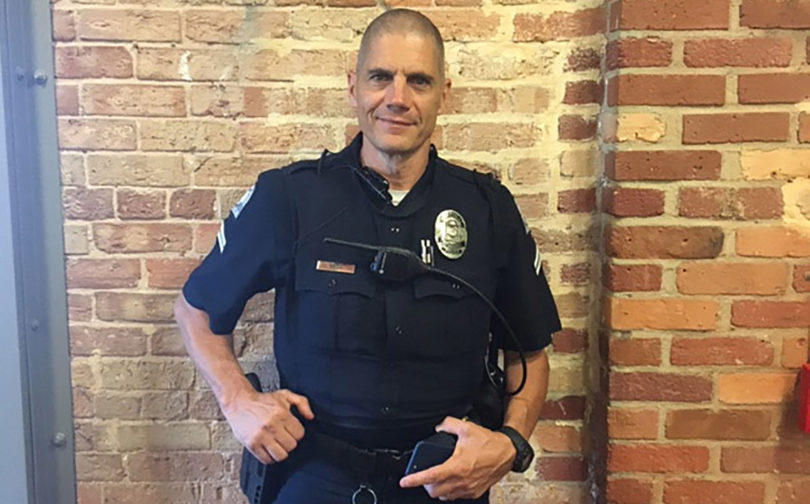 Steve Harris, director of the UGA Office of Emergency Preparedness, presented the award to Krish on behalf of the Kassinger Scholarship board.

The scholarship is provided to graduate and undergraduate students who complete academic degrees while employed full time as a UGA police officer or as a working student in the criminal justice studies program, an interdisciplinary undergraduate degree program jointly administered by the Franklin College of Arts and Sciences and the School of Public and International Affairs.

The award is named for Edward Kassinger, who served as director of the UGA Public Safety Division from 1969-1983, and his late wife, Sarah. The award was established in 1984 by former employees and friends of the Kassingers who believe that students who work to help pay educational expenses should be recognized.

Krish has been employed by the university’s Police Department since 2016. Prior to his employment with UGA, Krish served as an officer with the Los Angeles Police Department. In June 2017, Krish received a Bachelor of Science degree in criminal justice management from the Union Institute and University in Cincinnati, Ohio.

The Kassinger Scholarship is awarded on an annual basis to candidates and is administered by the UGA Office of Emergency Preparedness.