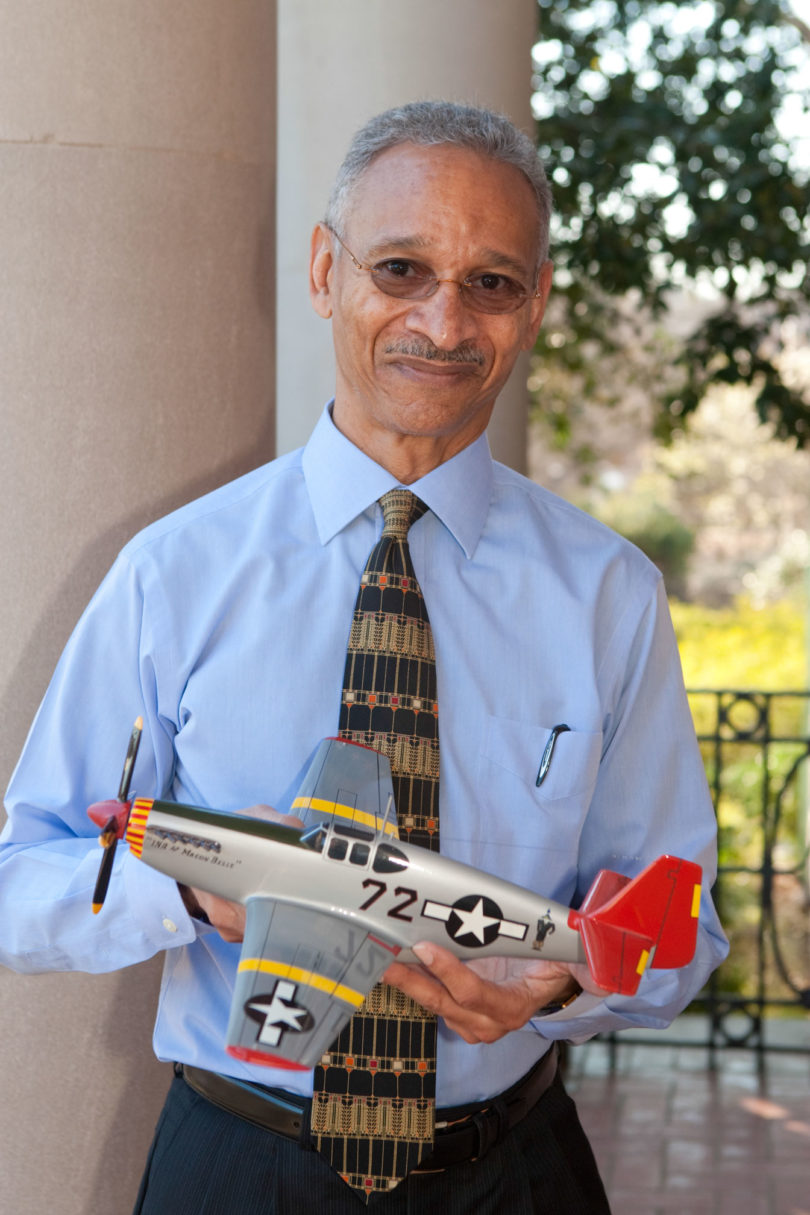 Athens, Ga. – The Tuskegee Airmen’s role in World War II has received increased attention since the release of the movie Red Tails. The film’s educational companion piece Double Victory features interviews with John Morrow, head of the University of Georgia department of history. Hosted by the UGA Institute for African American Studies, the documentary will screen Feb. 24 at 6 p.m. in room 171 of the Miller Learning Center.

Morrow, an expert on the history of military aviation, is one of two historians interviewed for the film. He will host a question-and-answer session following the screening.

“Those men were my idols growing up,” Morrow said. “When I was little, we lived in Talladega, which has a small historically black college and is slightly northwest of Tuskegee. These guys would come flying over and buzz the campus, showing off.

“My uncle, who was a combat veteran of the war in Italy, had somehow gotten me a miniature bomber jacket and flight goggles, and I wore that most days to school-even if it was too hot, which is usually was in Alabama. But that was my everyday garb.”

Morrow first joined forces with Lucasfilm in the early 1990s, when he provided content for documentaries made as historical companion pieces for the TV show The Young Indiana Jones Chronicles.

His fascination with the Tuskegee Airmen didn’t end with his childhood, however. From 1989-1990, he served as the Charles Lindbergh Chair at the National Air and Space Museum in Washington, D.C., where he had a chance to meet several of the pilots he idolized in his youth.

“While I was there, I was doing my scholarship on one hand, but there was a long-time personal interest in these guys. And I felt scared to talk to them,” he said. “The message they delivered unequivocally to me was that you can do whatever you want to do in this life. They were pioneers. They decided they wanted to go to war for their country, at a time when everyone was saying that black men can’t fly and they certainly can’t master fighter planes because they don’t have the intelligence or the aggression or the leadership to do that. That was the message I took, the central message of life, that I took for them.”