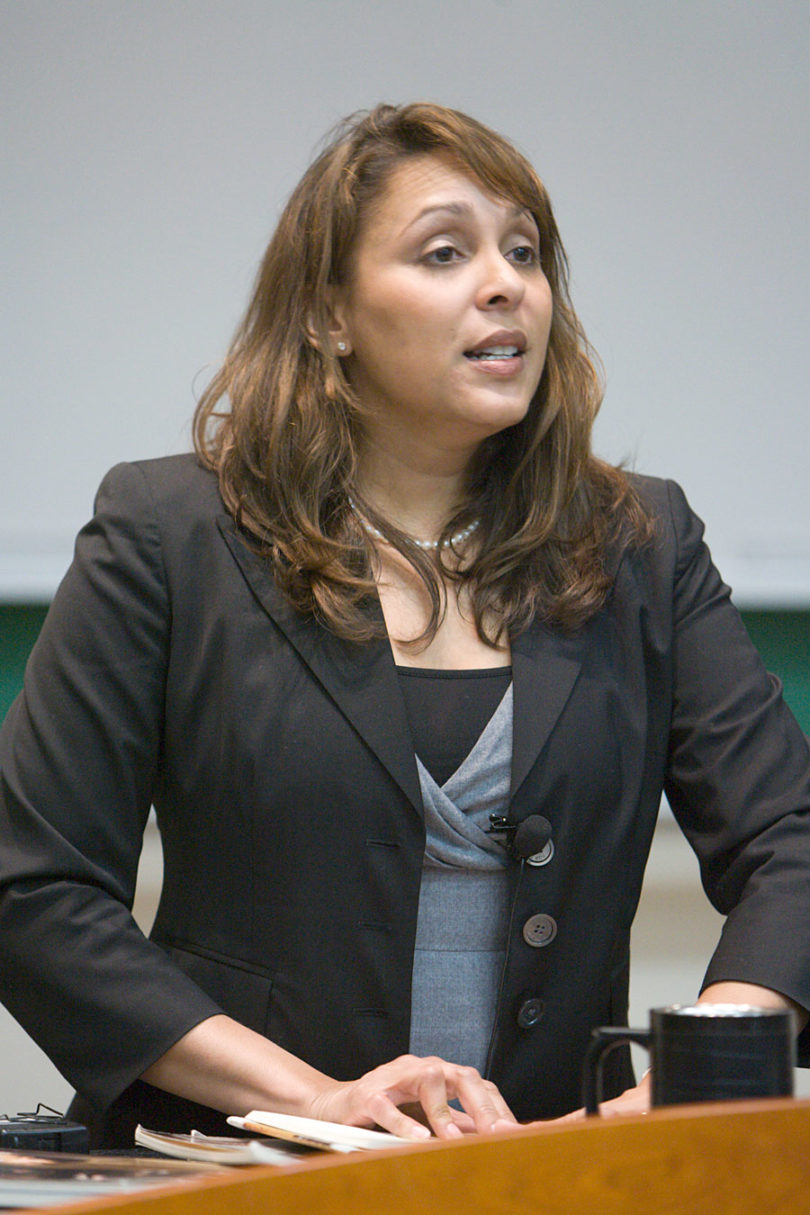 Along with her UGA alumna status, Trethewey has several other UGA connections. The UGA Press published her 2010 memoir “Beyond Katrina: A Meditation on the Mississippi Gulf Coast,” a personal profile of the devastation of hurricane Katrina in her home region. The book, recently published in paperback, also is available as an ebook from the UGA Press.

Trethewey credits Robert Penn Warren, another UGA Press author, among the inspirations for her work both in poetry and prose. Warren’s “Segregation: The Inner Conflict of the South,” which the UGA Press reissued in 1994, served as a model for “Beyond Katrina.” Coincidentally, Warren was the last U.S. poet laureate to hail from the South.

In addition to publishing with the UGA Press, Trethewey is a contributor to The Georgia Review, UGA’s internationally recognized quarterly journal of arts and letters. The journal has been involved with several public programs honoring Trethewey throughout the years, including a public celebration and reading when she won the 2007 Pulitzer Prize in Poetry for Native Guard at UGA’s Miller Learning Center, an event that was highlighted with an appearance by the Bulldog cheerleaders (Trethewey captained the football cheering squad at the university). Later, she was one of four featured writers involved with “The Pulitzer Legacy in Georgia,” a three-day consortium held at the Jekyll Island Club Hotel. Recently, Trethewey was the keynote speaker at the Georgia Review Earth Day held at the State Botanical Garden of Georgia. She read several excerpts from her poems and prose.

Along with past appearances, Trethewey will deliver the keynote address at the 2012 Georgia Literary Festival, an annual event held at Jekyll Island; the Georgia Review is sponsoring her appearance and that of several other Georgia writers, including the new Georgia Poet Laureate Judson Mitcham.

Recently named poet laureate of her native Mississippi, Trethewey is the Charles Howard Candler Professor of English and Creative Writing at Emory University. Her other awards and honors include fellowships from the Guggenheim Foundation, the Rockefeller Foundation, the National Endowment for the Arts and the Bunting Fellowship Program of the Radcliffe Institute for Advanced Study at Harvard University. She was named Georgia Woman of the Year in 2008, made a member of the Fellowship of Southern Writers in 2009 and inducted into the Georgia Writers Hall of Fame in 2011. Along with “Native Guard,” Trethewey’s most recent poetry volumes include Bellocq’s Ophelia (2002) and Domestic Work (2000). This fall, Houghton Mifflin will release her fourth poetry book titled “Thrall.”

According Patrick Allen, exhibits and advertising manager at the UGA Press, “Trethewey’s poetry combines free verse with more traditional forms, such as the sonnet and the villanelle, to explore the racial legacy of the American South. We herald her accomplishments and are proud of her UGA heritage.”

“Natasha Trethewey’s poetry and nonfiction is marked by history and personal experience, and her work offers entry to yet another dimension of the American experience,” said Hugh Ruppersburg, interim dean of UGA’s Franklin College. “She has already brought distinction to the university and the state through her writings, the Pulitzer Prize, and inclusion in the Georgia Writers Hall of Fame. She is a most deserving selection as U.S. poet laureate. On behalf of the Franklin College, I congratulate her for this singular honor.”