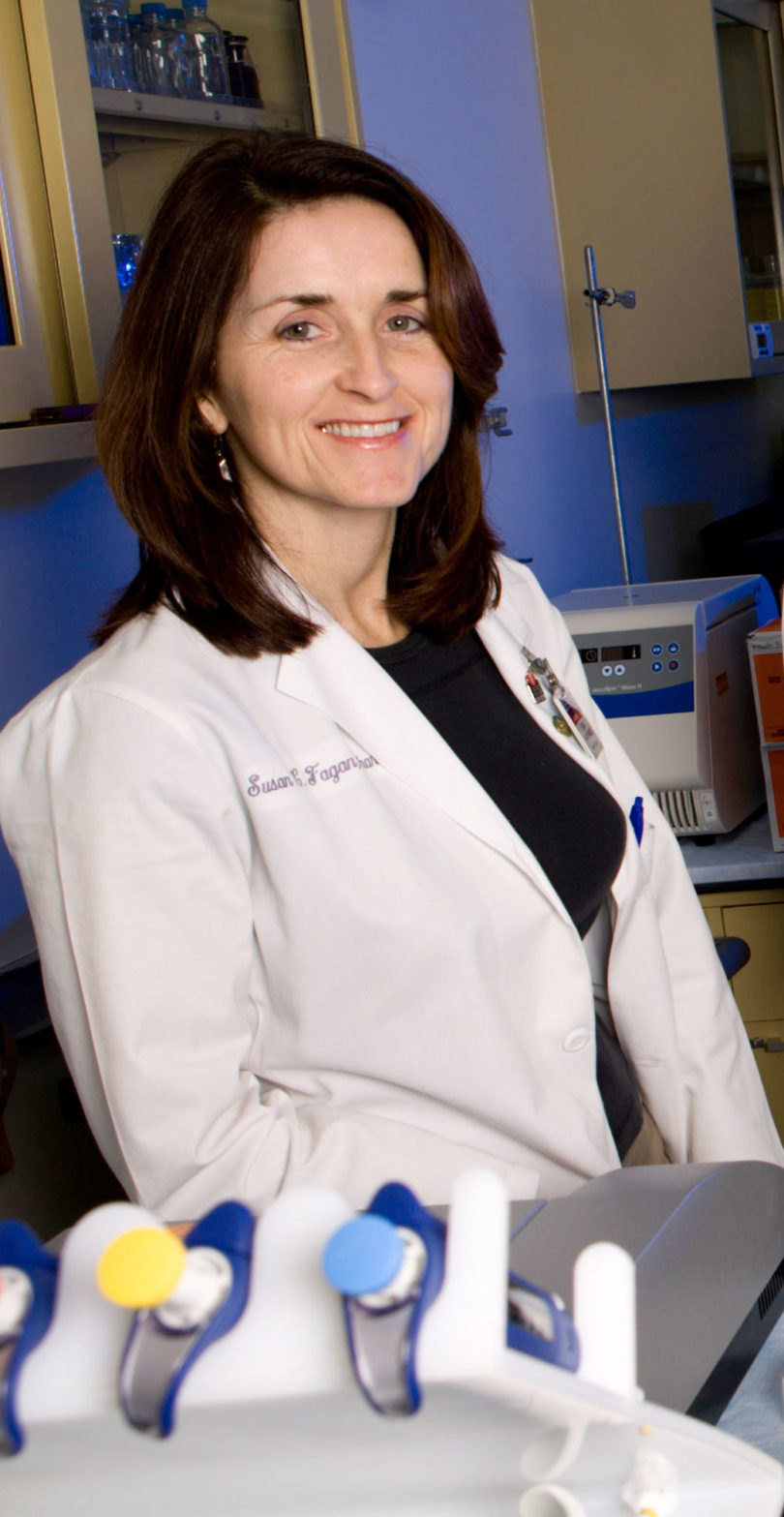 Athens, Ga. – New research from the University of Georgia identifies the mechanisms responsible for regenerating blood vessels in the brain.

Looking for ways to improve outcomes for stroke patients, researchers led by the UGA College of Pharmacy assistant dean for clinical programs Susan Fagan used candesartan, a commonly prescribed medication for lowering blood pressure, to identify specific growth factors in the brain responsible for recovery after a stroke.

The results were published online Dec. 4 in the Journal of Pharmacology and Experimental Therapeutics.

Although candesartan has been shown to protect the brain after a stroke, its use is generally avoided because lowering a person’s blood pressure quickly after a stroke can cause problems-like decreasing much-needed oxygen to the brain-during the critical period of time following a stroke.

“The really unique thing we found is that candesartan can increase the secretion of brain derived neurotrophic factor, and the effect is separate from the blood pressure lowering effect,” said study coauthor Ahmed Alhusban, who is a doctoral candidate in the College of Pharmacy. “This will support a new area for treatments of stroke and other brain injury.”

Alhusban and Fagan worked with Anna Kozak, a research scientist in the college, and Adviye Ergul, a professor and director of the physiology graduate program at Georgia Health Sciences University. They are the first to show that the positive effects of candesartan on brain blood vessel growth are caused by brain derived neurotrophic factor, or BDNF.

The research shows that when candesartan blocks the angiotensin II type 1 receptor, which lowers blood pressure, it stimulates the AT2 receptor and increases the secretion of BDNF, which encourages brain repair through the growth of new blood vessels.

“BDNF is a key player in learning and memory,” said Fagan, the Albert W. Jowdy Professor. “A reduction of BDNF in the brain has been associated with Alzheimer’s disease and depression, so increasing this growth factor with a common medication is exciting.”

AT2 is a brain receptor responsible for angiogenesis, or the growth of new blood vessels from pre-existing vessels. Angiogenesis is a normal and vital process in human growth and development-as well as in healing.

For the study, the investigators used both living rat models and human brain cells. Groups were treated with either a low or high dose of angiotensin II alone or in combination with a dose of candesartan. Candesartan promoted angiogenesis, but this effect was entirely prevented by blocking BDNF or inactivating the AT2 receptor. This method identified the involvement of the AT2 receptor in BDNF secretion.

“This target is a key to enhance recovery and reduce the subsequent disability in stroke victims,” said Alhusban. “We know angiogenesis proteins are upregulated in the week after a brain injury. Stimulation of the AT2 receptor with a medication is likely to enhance this part of the brain’s own recovery mechanisms.”

Medications proven to kick-start BDNF will not only benefit stroke victims but could have a role in other brain injury, particularly veterans with combat-related traumatic brain injuries.

There are currently medications in development activating the AT2 receptor as a mechanism for brain protection, but drug development will take five to 10 years before such a therapy is available to the public.

The research was funded by grants from the National Institutes of Health’s National Institute of Neurological Disorders and Stroke and Veterans Affairs Merit Review and a pre-doctoral fellowship from the Jordan University of Science and Technology.