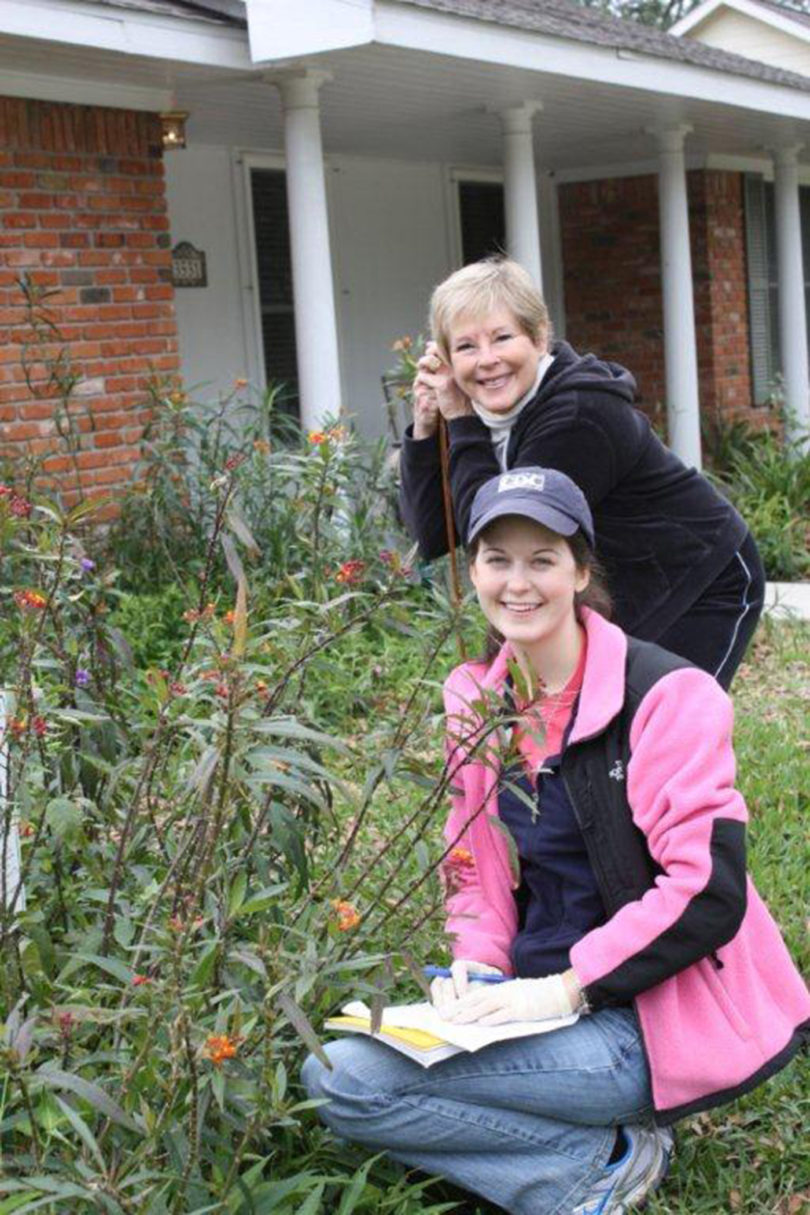 Human activities are disrupting the migration patterns of many species, including monarch butterflies. Some monarchs have stopped migrating to their traditional overwintering sites in Mexico, staying in the southern U.S. to breed during the winter.

A new study by UGA ecologists, published in the journal Proceedings of the Royal Society B, has found that these sedentary winter-breeding butterflies are at increased risk of disease, a finding that could apply to other migratory species as well. But, for the monarchs at least, there may be a relatively simple solution.

Every year, millions of monarch butterflies travel from breeding grounds in the eastern U.S. and Canada to spend the winter in central Mexico. In recent years, however, their numbers have declined sharply as changing agricultural practices and land-use patterns have reduced the availability of milkweed, the plant on which monarchs lay their eggs.

In response, concerned gardeners have started planting milkweed to help replace some of the butterflies’ lost breeding habitat. The most readily available commercially grown milkweed sold by garden centers is the exotic species Asclepias curassavica or tropical milkweed. Monarchs love it, but, according to the study’s lead author Dara Satterfield, a doctoral student in the UGA Odum School of Ecology, tropical milkweed does not naturally die in fall like perennial milkweeds native to North America. In fact, in parts of the southern U.S. from the Gulf Coast to the Atlantic Ocean, tropical milkweed can produce foliage and flowers year-round. This allows monarchs in those areas to stay put and keep breeding all winter.

And that’s how problems with disease arise.

Satterfield and her colleagues processed more than 5,000 samples taken from monarchs at over 100 sites across the U.S., Canada and Mexico, testing them for infection by a debilitating protozoan parasite. The non-destructive samples, about half of which were collected by citizen scientists through Project Monarch Health, were taken by gently pressing clear tape against the butterfly’s abdomen; the samples were then viewed under a microscope.

The researchers found that the non-migratory, winter-breeding monarchs in the southern U.S. were five times more likely to be infected with parasites than migratory monarchs sampled in their summer breeding range or at overwintering sites in Mexico.

“Long-distance migration can reduce disease in animal populations when it weeds out infected individuals during the strenuous journey or when the migrating animals get to take a break and move away from contaminated habitats where parasites accumulate,” she said.

This pattern is part of a larger problem.

Fortunately for the monarchs, there is a large and dedicated core of gardeners and citizen scientists eager to help.

“It was members of the public and citizen scientists who alerted us to the winter breeding behaviors of monarchs in their gardens to begin with,” Satterfield said. “So the public has helped us recognize the shift in monarch ecology and document the disease outcomes in a scientific way. And I think they can now help us manage monarch habitats in ways that might reduce disease problems.”

Because the monarchs’ winter-breeding behavior is made possible by the presence of tropical milkweed, Satterfield recommended that gardeners gradually replace it with native milkweeds as they become available.

“We encourage the planting of native milkweeds whenever possible,” she said. “But if you do have tropical milkweed, we recommend cutting it back every few weeks to within 6 inches of the ground in fall and winter. That’s especially important in coastal areas of the southern U.S. where we now know disease is a problem.”

Satterfield’s recommendations are based in part on ongoing research by Altizer and Ania Majewska, an Odum doctoral student and Wormsloe Fellow at the UGA Center for Research and Education at Wormsloe in Savannah, where they are testing butterflies’ responses to native and non-native host plants in a series of experimental pollinator gardens.

Satterfield said that while the chief driver of the monarch’s decline is the loss of native milkweeds in the U.S. and Canada, it’s important to tackle the issue of pathogen transmission in winter-breeding populations.

“Things could get worse for the monarchs if we don’t solve this problem now with the tropical milkweed supporting high levels of disease,” she said.