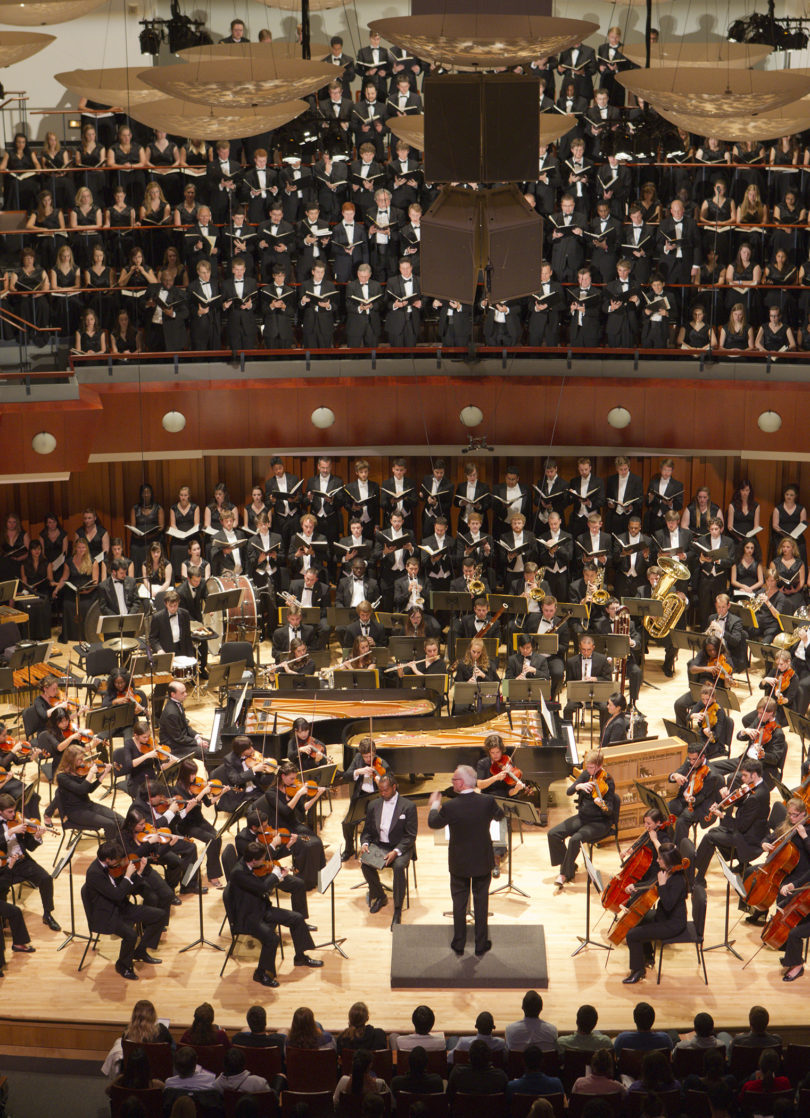 The Hugh Hodgson School of Music has announced the 2013-2014 schedule of concerts for its Second Thursday Scholarship Series.

“We are delighted to showcase our students and faculty again this year,” said Dale Monson, director of the Hodgson School. “These performances always are the highlights of our season, and each year they seem to rise to new levels.”

The series’ opening concert will feature the UGA Symphony Orchestra on Sept. 12 in a performance with bass-baritone Brandon Cedel, one of the winners of the 2013 Metropolitan Opera National Council Auditions.

Other highlights of the concert season include the UGA Wind Ensemble, which on Oct. 17 will perform a Rossini march for the czar of Russia that has never been performed in the U.S.; the UGA Opera Theatre in a concert version of Bizet’s Carmen on Nov. 14; Evgeny Rivkin, faculty member and pianist on Jan. 9; the African-American Choral Ensemble and UGA Jazz Band on Feb. 13; the UGA Symphony Orchestra with oboe professor Reid Messich March 6; and “Chamber Music for Piano and Strings” with music faculty Levon Ambartsumian (violin), Rivkin (piano) and David Starkweather (cello) on April 10.

Of special note this year is the UGA Holiday Concert, a community tradition that brings together the UGA Symphony Orchestra, Hodgson Singers and University Chorus. It will be held Dec. 3 for the first time in the Classic Center Theatre.

“The Holiday Concert is an event that Athenians look forward to each December,” Monson said. “Holding it in the Classic Center this year allows us to reach a broader audience while still performing in a first-rate concert hall.”

Subscriptions to the concert series are on sale at the Performing Arts Center’s box office at 706-542-4400.